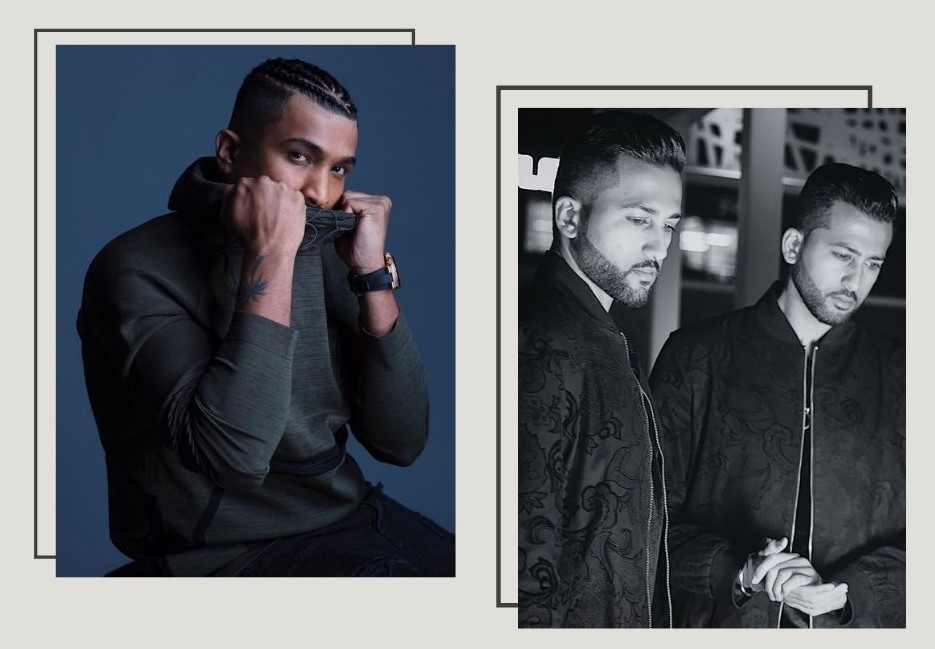 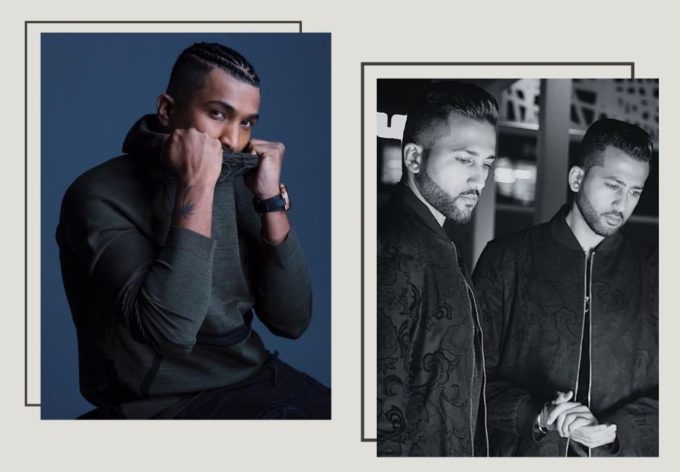 The Indian music industry has been often called the “sleeping giant” and there’s a reason for it.

In 2018, the Indian music industry grew 24.5% to touch $156 million in revenue, versus the global average of 9.7% in the same time period. It is now the 15th largest music market in the world and IFPI, a body representing the recording industry, projects that it will be top 10 by the year 2022.

There are more stats to back it up: streaming revenue in India grew a whopping 31%, finally signalling an end of the internet piracy era that had long plagued the industry. This is majorly due to the rapid growth in smartphone penetration throughout the country and of course, the extremely low data rates. 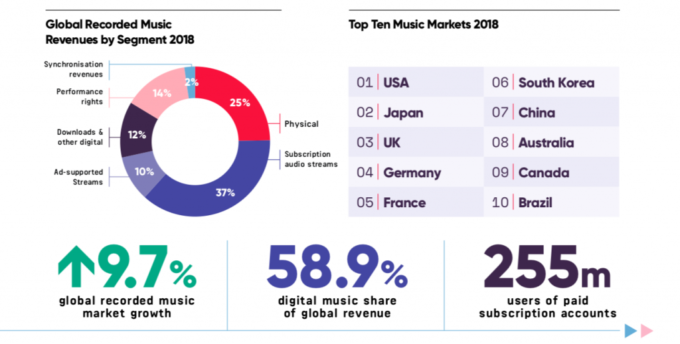 The Hindi film industry aka Bollywood has ruled the Indian music industry for several decades as most film producers focused on churning out hit music for their movies to register good opening weeks at the box office. But thanks to popularity of streaming services like YouTube, Gaana, JioSaavn, Apple Music, Wynk and others, non-film music is seeing a healthy revival. No wonder that the world’s biggest streaming company, Spotify, finally woke up and decided to grab a piece of the pie. The service launched in February of this year and accumulated 1 million subscribers within a week.

“As Spotify grows, our goal is to bring millions of artists and billions of fans together from every country and background,” said Daniel Ek, co-founder and CEO of Spotify, which is now available in 79 countries worldwide. He added, “Not only will Spotify bring Indian artists to the world, we’ll also bring the world’s music to fans across India.”

The first half of the last line in Ek’s statement is essential as many labels and other entities in India and rest of the world are now realizing the true value of the export and import business when it comes to music. The advantage in India is that most of the Urban population listens to at least some amount of international music, given the wide acceptability of the English language. At the time of publishing this article, Shawn Mendes & Camila Cabello’s ‘Señorita’ is the number 1 song on Apple Music India while Post Malone’s ‘Circles’ and ‘Goodbyes’ occupy the 3rd and 4th spots respectively. ‘Señorita’ is also the number 2 song on Spotify India. Historically, music from international acts have always done well in India, whether it’s veteran artists like Bryan Adams, rappers like Snoop Dogg, Eminem and 50 Cent, Rock bands like Linkin Park, Coldplay and Metallica, superstar DJs like Tiesto and Deadmau5 or even newer age stars like Justin Bieber and Ed Sheeran. Many of the above mentioned have toured India with first-timers to the South Asian nation being added to the list every year. Katy Perry recently announced her first headlining show in Mumbai for November at the inaugural OnePlus music fest.

But even on the actual music front, there’s a lot of activity taking place with many international artists collaborating with Desi acts to take the music truly global, especially when it comes to blending of Punjabi and Hip-Hop music. We don’t have to go way back to examples of Snoop Dogg, Akon and Ludacris. More recently, there has been quite a surge: Punjabi superstar Guru Randhawa made ‘Slowly Slowly’ with Pitbull, Marshmello created ‘BIBA’ with Pritam for JioSaavn’s Artist Originals campaign, Mika joined forces with Shaggy on ‘Belly Ring’ and we’re sure more are on the way. JioSaavn chief operating officer Gaurav Sharma said in a statement about the Marshmello/Pritam collaboration: “Music in India is evolving – it’s taking more risks, it’s becoming more artist driven, and it’s becoming more international, ‘BIBA’ represents all of that.”

Lately, more artists of Indian origin are making a mark in the U.S. industry too. NAV, the Punjabi rapper-producer born Navraj Singh Goraya, is signed to The Weeknd’s XO label and working with A-list artists in North America. His last album Bad Habits topped the Billboard 200 chart, finally legitimizing his place in the industry. DMV rapper Logic’s main producer is 6ix, born Arjun Ivatury, who has already grabbed a GRAMMY nomination for his work on Logic’s number 1 single ‘1-800-273-8255’. He is of course of Indian origin. The list goes on.

One act which is trying to bridge the gap between the Indian and U.S. music industries in a very unique way is R&B duo THEMXXNLIGHT. The identical twin brothers (we still can’t tell who is who) have made a mark within a short time of making music. The singers have an arrangement with Wiz Khalifa’s Taylor Gang imprint and have already helped the rapper on five of his songs in less than a year with their special melodies – some of our favorites are ‘All of A Sudden’, ‘G.O.A.T. Flow’ and ‘Mr. Williams’.

“I put them on the album because I knew that sound is just, that’s ‘right now,’ for sure,” said Wiz about featuring the brothers on his latest studio album Rolling Papers 2.

The best thing about their movement so far is that their melodies are often inspired from their Indian roots, thereby blending that cadence with American R&B and Hip-Hop seamlessly. The duo can sing in their mother tongue of Hindi as well – we will be hearing more of that in the near future.

“Lately, we have taken it upon ourselves to help bridge the gap between Bollywood music and mainstream English language music. We just signed a non-exclusive major deal with Sony Music India for Hindi R&B. So, with Sony’s help and by collaborating with major Indian artists like Badshah, Guru Randhawa, etc, we aim to have a Hindi R&B track that crosses over to the American mainstream market soon. We are really excited to show the world what we have been working on,” the duo told HHNM over the phone on their plans. THEMXXNLIGHT will be opening for Wiz Khalifa on his Indian tour in Delhi and Mumbai on Sept. 14-15. “We hope to make India proud and what better way to start this off by opening for our bhaiya (meaning brother) and mentor, Wiz Khalifa, in India at Sunburn Arena” they continued, expressing their excitement over performing in front of the home crowd later this month.

Drop a 🌙 if you want new @wizkhalifa x THEMXXNLIGHT

We also talked to the twin brothers about the explosion in Indian-American collaborations in music. “It’s a crazy time, things are changing so fast,” they said. “There has been a recent surge of the US and India entertainment industries collaborating. India has such a large population and there is tremendous talent/culture to be spread around the world. We believe it’s one of the most vibrant and artistic cultures out there, so it’s only a matter of time until the world realizes India’s talent and accepts what our people have to offer.”

If you’ve been tuned into the news, you might have heard about Nas signing buzzing Indian rapper DIVINE to his Mass Appeal label. It’s another unique arrangement. The legendary New York rapper has established a whole subsidiary, Mass Appeal India in partnership with Universal Music India. The offices will be based in Mumbai. DIVINE’s rise from the streets to become a local rap hero in Mumbai was also the inspiration behind the 2019 acclaimed Bollywood film Gully Boy, starring Ranveer Singh, which introduced the rapper to a much wider audience. Nas served as an executive producer on the film, which commercially as well remains one of the top films this year.

ALBUM DROP WORLDWIDE!!!”It’s an honour to be associated with a legend like Nas. I grew up listening to his music. For him to recognise not just me, but the whole Indian hip-hop scene is a big win for hip-hop, and for hip-hop in India,” DIVINE says of signing with Nas’ Mass Appeal. “He is looking forward to working not just with me, but a lot of the young talent in India. I will be working with Mass Appeal India not just in a personal capacity, but also in my capacity as founder of Gully Gang Entertainment to help Mass Appeal India build a thriving ecosystem for urban music and culture in the sub-continent. So, let’s bring our A-Game because the world is watching,” – DIVINE @universalmusicgroup @nas @massappeal @massappealindia @universalmusicindia @gullygangindia @bittenbender @devsanyal

“Hip-hop is the world’s most influential culture — it’s only right to share what we do at Mass Appeal on a global level,” said Nas in a statement about singing DIVINE. So why did DIVINE decide to sign with an American label involved when he could have simply gone with a purely Indian label? He explained it to us: “Nas is someone who I have looked up to since I started rapping, and writing my own rhymes. So when the opportunity to work with him came to me, it was a no-brainer. To have Nas, and a label like Mass Appeal endorse my music, and help me put out my debut album… the 15-year-old me never even dreamed of this!”

DIVINE is hoping that after his hits in India like ‘Azadi’, ‘Farak’, ‘Jungli Sher’ and more, he is able to cross over to a global audience with his major label debut album Kohinoor. “It would be great (to cross over), and no doubt having a label like Mass Appeal will help me reach more ears but marketing reach aside, it’s a huge validation and acknowledgment of the hard work that I and my team have put in. And it’s a big win for Indian Hip-Hop.”

The rapper, born Vivian Fernandes, is excited about Kohinoor which arrives later this year via Mass Appeal/Universal Music India. “I want everyone to love it because it’s a project that I have spent time, energy and sweat on. I’m proud and scared at the same time. You only get one shot at a debut album, don’t you?”

That is correct DIVINE. He is dropping his first single, the title song on Friday, Sept. 13th. Him, his fans and rest of the Indian industry is hoping it’s the start of a truly global takeover.