Tekashi 6ix9ine Testifies That Cardi B is a Bloods Gang Member 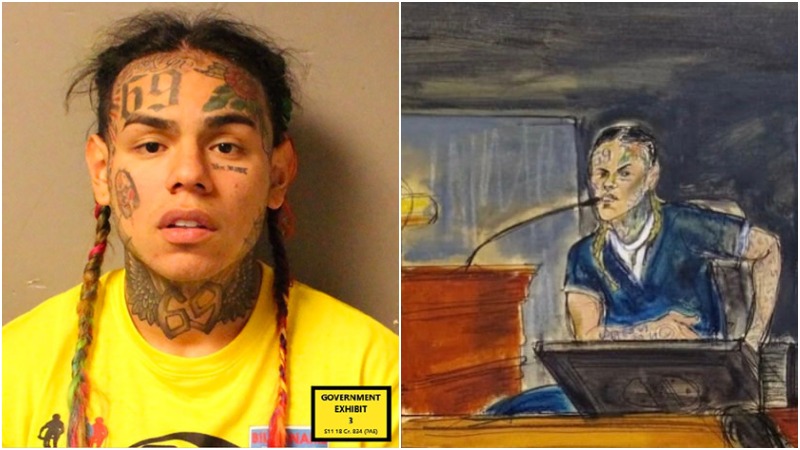 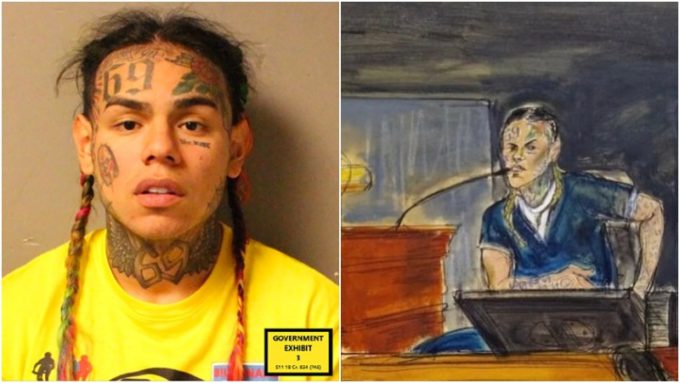 Today (Thursday) is day three of Tekashi 6ix9ine’s testimony in court and the rapper is continuing to drop shocking information.

Today, the “FEFE” rapper testified that Cardi B is a member of the Nine Trey Gangsta Bloods gang. Tekashi also revealed further details on their criminal activities and named Jim Jones as part of his former group as well. He confirmed Cardi’s name to the court but denied that he copied her blueprint to rise to fame by including some of the gangsters in his music videos.

“I knew who she was. I didn’t pay attention,” he told the court, reports Page Six. Tekashi is facing 47 years in prison but could get a much lighter sentence in exchange for his snitching. He is testifying in Manhattan federal court against Nine Trey members Aljermiah “Nuke” Mack and Anthony “Harv” Ellison, telling all their dirt in the various illegal activities from last few years which included trying to take down Trippie Redd.

For reminders, Cardi has, in the past talked about her affiliation to Bloods. “When I was 16 years old, I used to hang out with a lot of Bloods. I used to pop off with my homies. And they’d say, ‘Yo, you really get it poppin’. You should come home. You should turn Blood.’ And I did. Yes, I did,” she told GQ last year.

When Tekashi was questioned whether he was testifying in the case to help the government or to get a lesser sentence, he replied, “little bit of both. Yesterday, a 10 minute long audio of his testimony surfaced online.

UPDATE: NY Daily News clarifies that Tekashi was only asked if Cardi is a Blood gang member and not specifically about Nine Trey.

“You joined the Bloods to advance your music year?” Alex Huot, an attorney for accused gangster Aljermiah “Nuke” Mack asked.

“You knew Cardi B was a Blood?” Huot asked.

“You knew Cardi B made music videos with Bloods in the background?” the attorney asked.