50 Cent Confirms Eminem is Working on a New Album 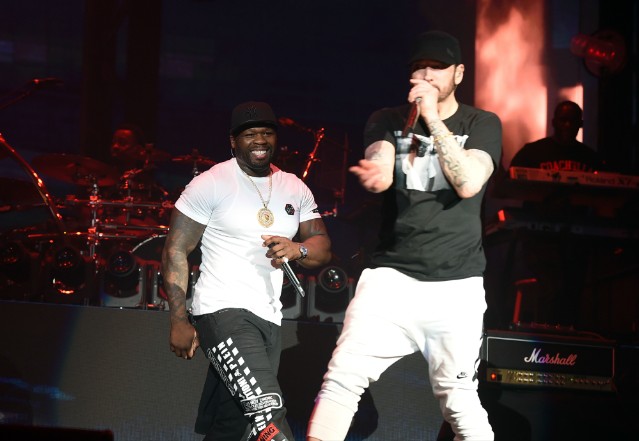 50 Cent is super busy these days doing TV shows but he’s always going to be a rapper first.

A few weeks ago, 50 revealed that Eminem is working on some new music but did not detail anything further other than the fact that Em recently sent 50 a record to collaborate on. But in a new interview with Hollywood Reporter, the G-Unit mogul specifically mentions that Eminem is indeed working on a new album and reiterates they are collaborating on a song off it. Watch the clip below.

@50cent confirms #Eminem is working on a new album and he’s featured on it 🙌🏽 (🎥: @hollywoodreporter)

50 and Em appeared on the song ‘Remember The Name‘ by Ed Sheeran recently which did not hit the charts in the U.S. but did well in the U.K. Interestingly, 50, who’ve always had great chemistry on tracks with Eminem, has not appeared on an album from the Shady Records boss since Relapse in 2009. Their collaboration ‘Crack A Bottle‘ alongside Dr. Dre won Best Rap Performance by a Duo or Group GRAMMY in 2010.

Eminem released his last album Kamikaze in August, 2018 and received a positive reaction from fans.

Watch 50’s full interview with Hollywood Reporter below where he also talks in brief about his upcoming collab with Latin star Ozuna, the Power Book 2 spinoff coming after last season of POWER, his other TV ventures and more.