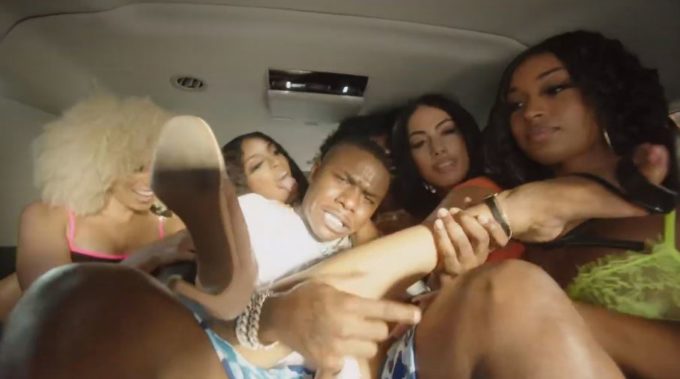 DaBaby has gone full throttle for the promotion of his new album KIRK which features guest appearances from Migos, Nicki Minaj, Gucci Mane, Chance The Rapper and more.

After performing a medley of his songs on The Tonight Show starring Jimmy Fallon last night, the Charlotte, North Carolina rapper has unveiled the official video for the song ‘VIBEZ’, one of the standouts on KIRK. DaBaby is surrounded by tons of women in the funny video which is directed by Reel Goats again. Watch it below.