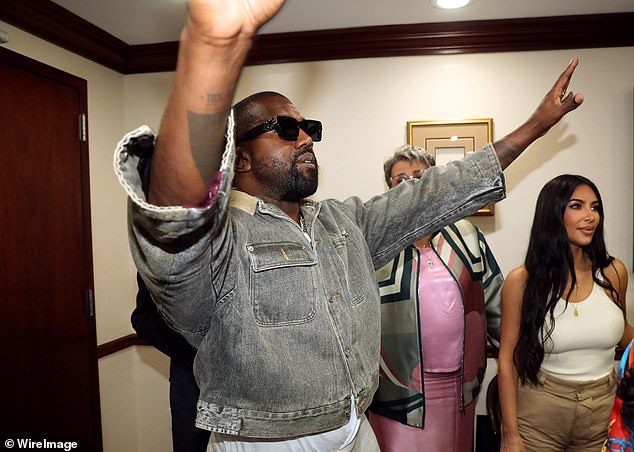 The rap mogul brought his Sunday Service show to Washington D.C. for a crowd that starting gathering at 8 a.m. on the Howard quad for a performance they didn’t want to miss. As usual, Kanye was accompanied by a huge choir led by close collaboarator Tony Williams who presided over the service, conducting a mass of artists including singers, drummers and a brass band.

At the service, ‘Ye took the stage as well, assisting the choir with various songs but during ‘Jesus Walks’, he decided to speak freely to the audience. He addressed his dedication to Christ and how God saved his life “from his worst year” and “brought back his sanity.” He also took an aim at people who are too obsessed with social media platforms like Instagram and Twitter, comparing it to slavery.

That’s not all. The rapper poked fun at rap beefs, radio stations discussing cheating scandals on air and even artists rapping violent lyrics during the 10 minute long talk. Watch the full clip above.

Kanye was supposed to release his Jesus is King album on Sept. 27 but it is yet to arrive for fans. There is currently no release date for it. Earlier this week, Kanye took Swizz Beatz to Wyoming to record new music.

#KanyeWest had a lot to get off his chest at Howard homecoming #SundayService this morning (🎥: @teamkanyedaily)