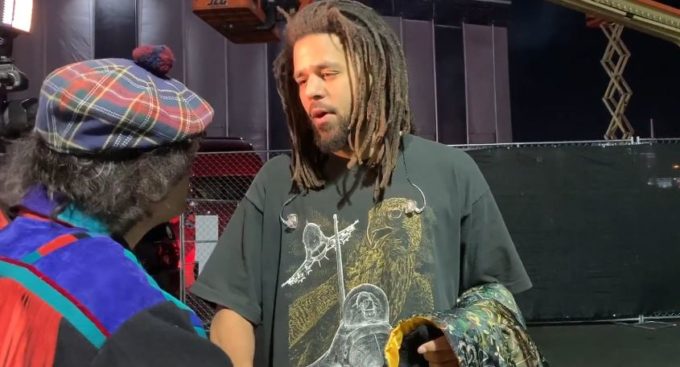 Nardwuar has interviewed many superstars across genres with specific focus on rappers. But if there’s one big artist he hasn’t encountered yet, it is J. Cole.

Nardwuar has been busy covering the Day N Vegas festival in Las Vegas where he interviewed artists like Lil Uzi Vert, Megan Thee Stallion and more. There, he also bumped into J. Cole who actually came up himself to the veteran journalist to say what’s up. The interaction was caught on camera and released as part of a vlog.

#JCole promises an interview to @nardwuar “next year”

Cole promises Nardwuar an interview next year and admits it’s long overdue. He says in 2020 he will surely make time for him for a chat. Thankfully, next year is less than two months away. At the end, he says he will hit Nardwuar’s city Vancouver either late next year or 2021. Watch their warm encounter above and the full vlog below.