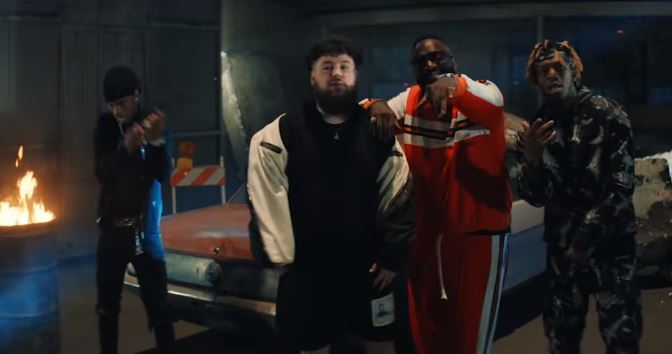 KSI dropped his new single ‘Down Like That‘ with the impressive lineup of Rick Ross, Lil Baby and S-X, which surprised many. It came just before his headlining fight with Logan Paul which he won by split decision, settling the score between the pair.

This afternoon comes the official video, which all artists appear in. It’s directed by Nayip Ramos. Watch it below.