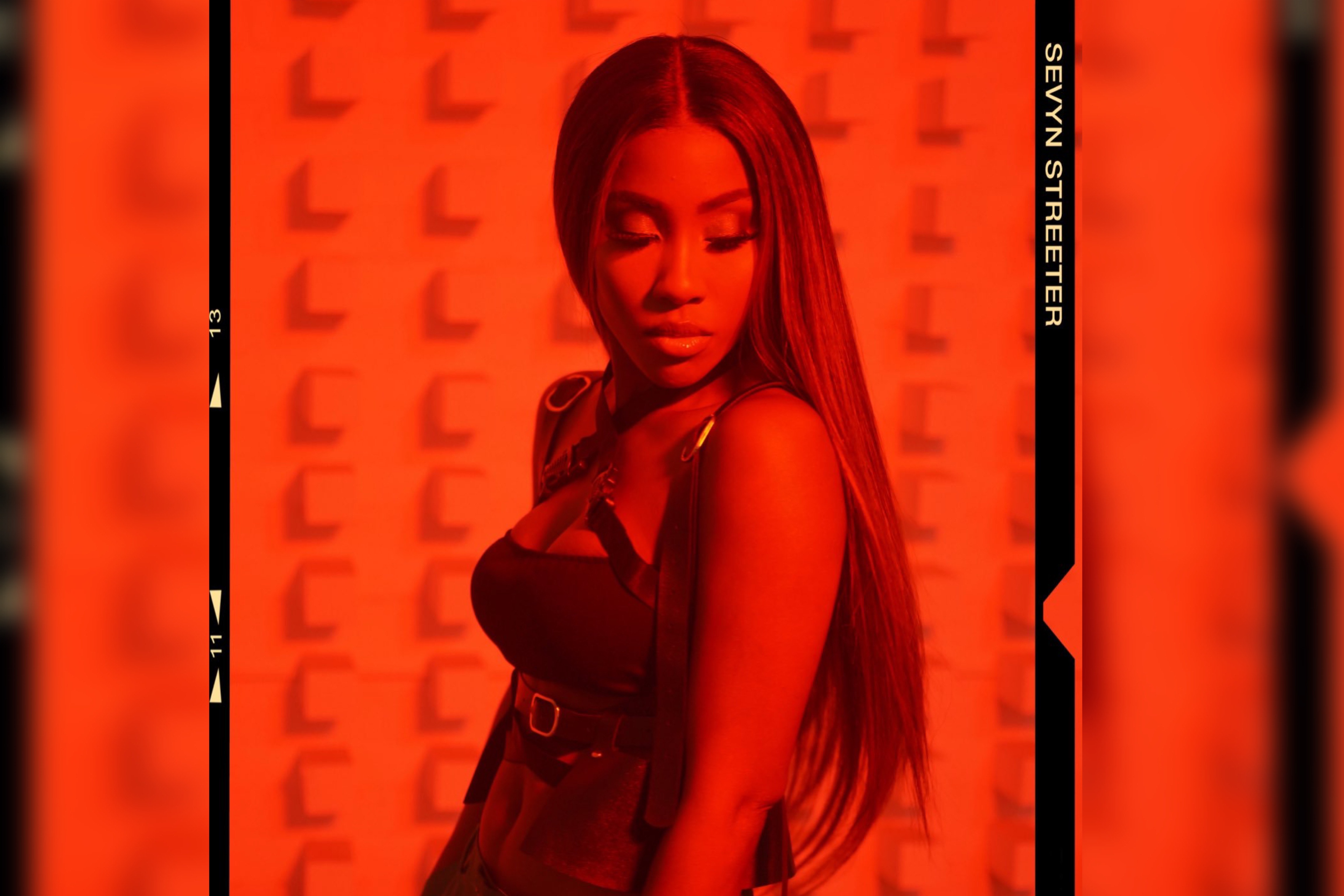 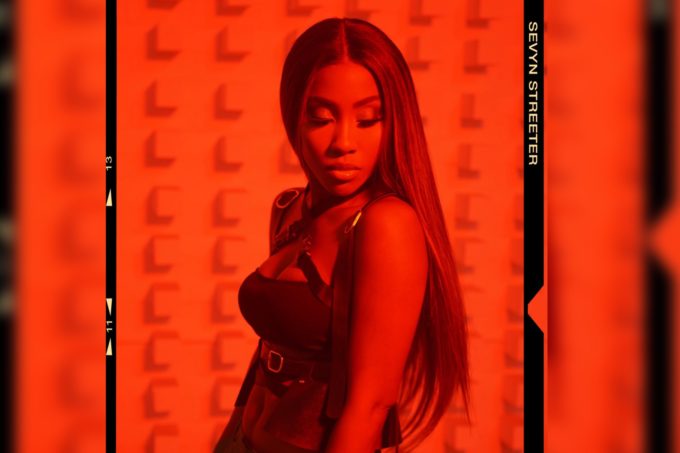 Sevyn Streeter is one of the most accomplished songwriters in music, having written hits for artists like Chris Brown (‘Fine China’ and a dozen more), Tamar Braxton (‘All The Way Home’), Alicia Keys (‘New Day,’), Ariana Grande (‘The Way’) and many more.

But let’s not forget, she’s an accomplished artist in her own right as well. The talented musician’s debut EP Call Me Crazy, But… debuted at number 5 on Billboard’s Top R&B/Hip-Hop Albums chart and spawned the Platinum selling Record, ‘It Won’t Stop‘ featuring Chris Brown who had also signed her to his CBE label. Her following EP Shoulda Been There, Pt. 1 and the major label debut album Girl Disrupted released in 2017 did not have the same success.

The real reason why her Atlantic Records debut fell short of expectations is hard to figure, especially because the music was of top quality but with a pen game so strong, it wasn’t going disrupt her peace. The Florida native has since left Atlantic and now releasing her music independently through distribution from eOne Music.

“My relationship with my pen and my writing, every day I get closer and closer to my pen and I’m able to express myself in more ways than the day before.”

Sevyn recently released ‘Whatchusay‘, the first single off her forthcoming sophomore album titled Drunken Wordz x Sober Thoughtz, along with a sexy music video. It does not have a release date yet but Sevyn says she’s working hard on the album with both her go-to and some new producers.

We recently had the opportunity to speak with her about her journey so far, what the fans can expect from her new project, why the Nicki Minaj remix to her hot single ‘Yernin‘ didn’t work out, dealing with hard times and more.

HHNM: Hey Sevyn, how are you?

I’m good too. I’m a big fan, been following your journey for so long.

Thank you so much.

You’ve been in the industry for like two decades now but you’re still relatively young. How has the journey been so far for you?

Man, the journey has been like a series of ups and downs and experiences that you couldn’t pay for but it’s been amazing. I’ve learnt a lot. I’ve gone from being at major labels, from having them own my music to now I’m in a place where I own my music which is amazing. It’s just a lot of growth, and I’m shifting into the place in my life now where ownership is a big deal for me. The creative has always been the part that was, you know, the easiest for me. Like writing the songs and coming up with treatments. Now I’m shifting into a space where you know, I’m more about my business and so that feels really good.

Right. I can definitely identify with that because my media outlet is independent, I’ve been independent for like 11 years and a lot of times other corporations have tried to acquire the site but the whole situation of how they work it, it never looked nice. They try to own you.

Yeah, you know all about it. It’s a lot more work but it feels better in the end.

Absolutely. Satisfying. I love your song ‘Yernin’, such a good song. Why did you decide to go with that kind of a sound to kick off your new era?

A couple different things. I’m from Haines City, Florida so I’m real country and I’ve been spending a lot more time at home. I had an uncle who just recently passed, God rest his soul. But I’ve just spent a lot of time home this last year and a half, two years, and it gave me an opportunity to be around my cousins more and be in the south more. So really, the energy of ‘Yernin’ came from my home, it came from the south. You know, the cadence of the verses are kinda rappy. The beat is kinda, it’s half old school because it samples The Gap Band, but then the beat is super hard, it’s a southern Rap record to me. I think ‘Yernin’ was birthed out of me just getting back in touch with, I hate to say my roots, but my roots. Not that I’ve ever been gone from home that long but I’ve really spent a lot of time home this last year and a half so ‘Yernin’ was kinda birthed from that and the vibe of the verses and the lyrics just came from me being in this place where I’m now independent, nobody owns me, I own myself, I can speak for myself, I can do what I want, say what I want and if anybody got a problem with it you can say it to my face, literally (laughs). So you know, that’s where ‘Yernin’ came from.

I remember that you mentioned you were in talks with Nicki for a remix. I guess that never happened, that would have been nice. What happened with that?

I think our schedules just got conflicted, I’m busy and she’s busy but I love her. I would love for us to still do something in the future. She literally is one of the queens for us. She’s definitely an idol to me and I think in the future we’ll still do more things.

She is definitely a queen. You mentioned you’re independent now. Are you looking to sign to a major in the future, are you open to that? Or do you want to stay indie for now?

I’m open to whatever’s best for my business. You know, I’m really excited about this new journey and I’m not gon’ lie to you, I’m really about my bag and about my money. So if this journey is gonna be as lucrative as me and my team project it to be, then I’m gonna stay where I am. If it makes sense to partner with a label in the future and get more money and a bigger bag, then we might have to make that decision but it’s gon’ be whatever is best for my business.

You’ve been vocal about going through tough times whether it’s family, your love life or your music not achieving the success that it deserves. How do you deal with such circumstances? You mentioned spending time with your family but apart from that do you have a certain routine that you follow? How do you cope with all of the pressure of the entertainment industry?

Well, I mean I’ve been super vocal about going through depression and especially now losing my uncle and things like that. In terms of my music, honestly I’ve actually never said that my music didn’t get the recognition it deserved. I think other people may have said that. I feel like my music is right on time and I’m right where I’m supposed to be and I’ve always really thought that way. But in terms of how I deal with the obstacles that I do come across, for one, my relationship with God is extremely close. My relationship with my family is extremely close. My relationship with my pen and my writing, every day I get closer and closer to my pen and I’m able to express myself in more ways than the day before. Just a combination of those things really and it takes all of those things. Even now, I’m in a place where I’m reading more books, watching sermons every morning when I wake up, just a combination of things. You have to feed yourself in so many different ways to keep yourself going sometimes and you gotta figure out what works for you so for me it’s God, family, music and books, truth be told.

Love your new single and video, ‘Whatchusay’, you look so good in it. Both this and ‘Yernin’ have different tempos but both are very expressive and edgy. Is that the sound of your new album as well?

Yeah. The sound of the new project Drunken Wordz x Sober Thoughtz, honestly, I like to call it sexy and ghetto. It’s sexy, it’s ghetto, it’s country and it’s just hard. Yeah, sexy, ghetto, country and hard. Just like that. Like I said, I’ve spent a lot of time back home in Florida over this last year and a half and I think that – not I think, I know — that it’s completely influenced my music and I’m not gon’ lie, it’s actually brought my accent back a little bit more ‘cause it kinda left me for a little bit so I’m actually really happy about that. So yeah, you’ll hear a lot of that on the project. I just had some sessions in Atlanta with Sonny Digital and some other people, still working with KP who did both ‘Yernin’ and ‘Whatchusay’ and working with D’Mile and I still have more people that I’m gonna get in with. But when I’m working with them, I always say to them ‘I want something sexy and ghetto’, you know what I mean? Sexy, ghetto, country and hard.

Right. Do you have a release date or are you still working?

Not right now. I think I’m gonna let the fans kinda live with the music, see what they lean towards, what they like, then finally finalize the tracklisting ‘cause I have a lot of records that I’ve cut. And then we’ll just go from there.

Do you have any guest appearances that you’ve locked already?

Gotcha. One last question and this something we ask everyone: Prince or Michael Jackson and why?

You are not gon’ make me pick between Prince and Michael Jackson. Uh uh, that’s what you not gon’ do (laughs). Both of them for so many different reasons, I mean, we can go on for days and days and days. Prince’s musicality and his vocal range and his ability to play all those instruments is amazing and then Michael Jackson and his stage presence and his voice and the concepts and the topics of his songs, like his choice of his records and production. You know, I can’t choose between the two, I can’t choose (laughs).