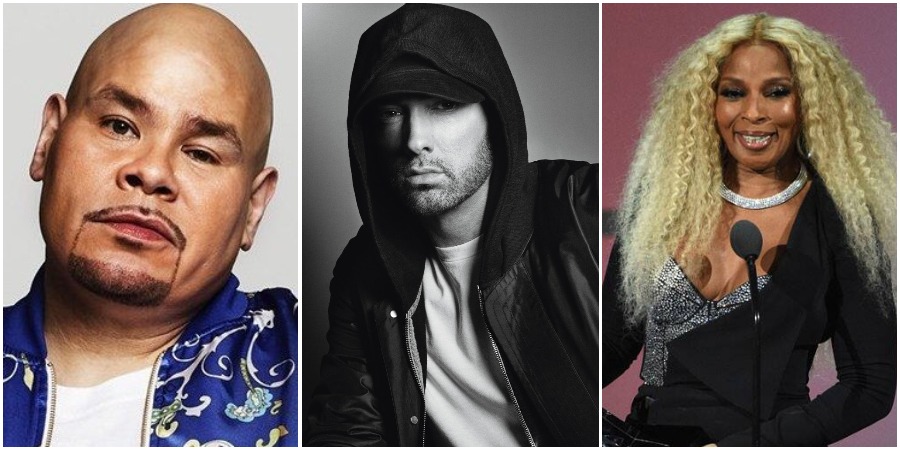 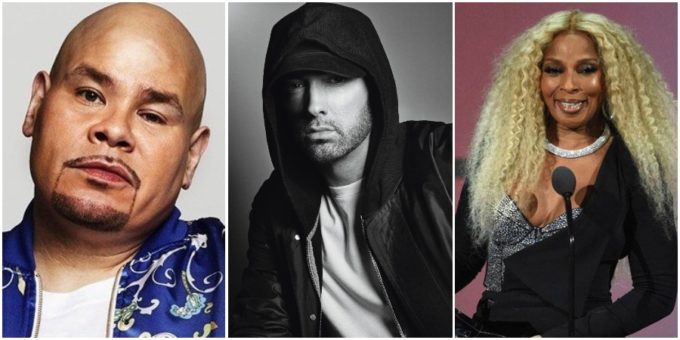 One of the songs that we were really looking forward to hearing is ‘Lord Above’ where Joe has enlisted a unique combination of artists: Eminem and Mary J. Blige. During a recent Instagram live session, the New York rapper called the song “Gospel” but “disrespectful” at the same time and said this is one of Em’s best verses in recent times.

The song structure is certainly interesting. The album’s permanent guest Dre, Fat Joe, Eminem and Mary J. Blige all deliver a verse each. While rest of the three refrain from any controversial lyrics, Em goes a different route, bringing up his past tension with Mariah Carey and Nick Cannon. “I know me and Mariah didn’t end on a high note / But that other dude’s whipped, that p*ssy got him neutered / Tried to tell him this chick’s a nut job before he got his jewels clipped,” he raps.

Listen to the song above. Later in the verse, Eminem pays tribute to Tupac with the lines, “Rest in peace to Afeni and her son Pac / You sent me that plaque with his rhyme sheet, I haven’t forgot.” About 10 years ago, Marshall had written a heartfelt letter to Pac’s mother Afeni (see below) telling her how big an influence he was on the culture, in addition to making a hand made sketch of the rapper. Maybe Afeni returned the gesture by sending Em a rhyme sheet of her son’s. 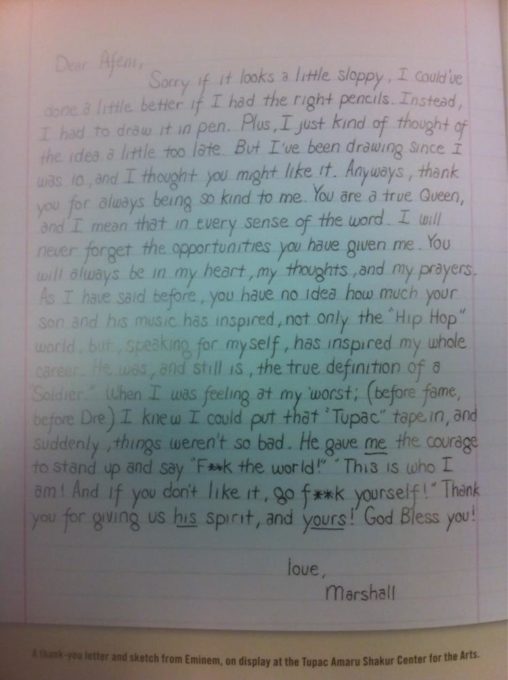