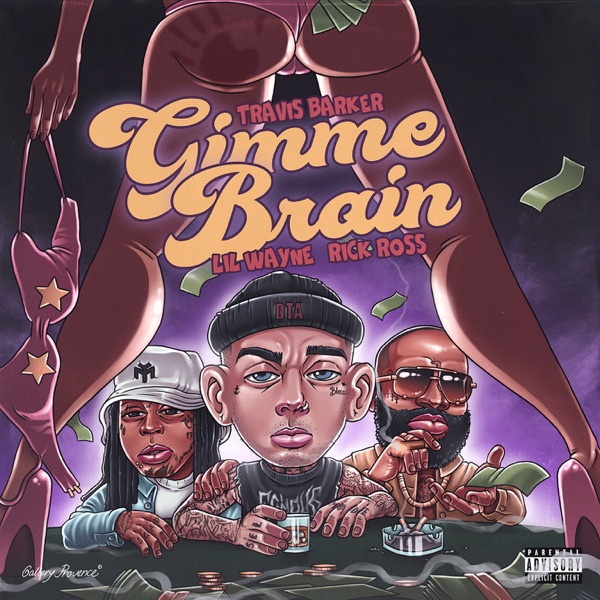 Travis Barker is a legend in the Rock space for his work with Blink-182 but he’s always been fond of Hip-Hop as well, having collaborated with the top artists in the game.

The drummer’s only solo album, Give the Drummer Some came in 2011 where he was joined by Lupe Fiasco, Pharell, Snoop Dogg, Raekwon, Ludacris, Kid Cudi and many more. Since then, he has released a single here and there but it’s been a while since we heard him team up with Rap’s elite on the solo front.

Today, he is looking to change that with the new single ‘Gimme Brain’ where he partners with Lil Wayne, who he was on tour with earlier this year as part of Blink-182, and the Bawse himself, Rick Ross. With that title, you know it has some raunchy lyrics. Listen to it below.