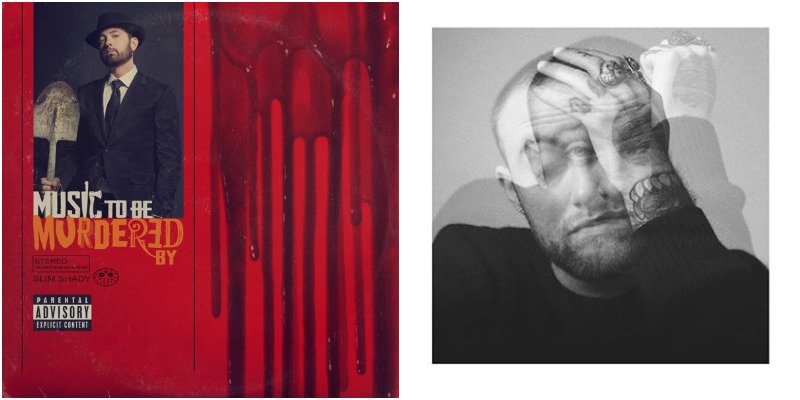 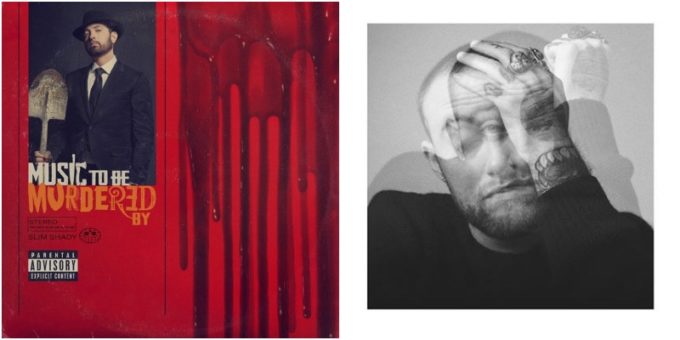 UPDATE: The first week projection numbers for last week’s releases have been updates to match the week. Interestingly, the projections for Music To Be Murdered By have decreased slightly to 270k-290k with 120k-130k coming from pure sales. This is a surprise because many called the album a grower.

The first week sales projections for both albums are now in. As expected, Eminem is aiming for his 10th consecutive number 1 album on the Billboard 200 with total first week numbers in the 300-325k range, according to HDD. About 110-125k of that comes from pure sales which is powered his strong fanbase supporting the D2C material like CDs, Vinyls and cassettes.

Eminem’s last album Kamikaze opened slightly better at 434k while the one before that, Revival, had done much lesser (267k) in the first week. Music To Be Murdered By features guest appearances from Ed Sheeran, Black Thought, Q-Tip, Royce da 5’9″, Young M.A., Anderson .Paak and more.

Mac Miller’s posthumous album Circles is also looking at a very strong opening with 175-200k (50-75k pure sales) and will be fighting with Halsey’s new album Manic for the #2 spot. All three albums are strong at D2C but Halsey’s effort is backed by a ticket bundle as well. Stay tuned for rest of the week as we bring you updates on the numbers.