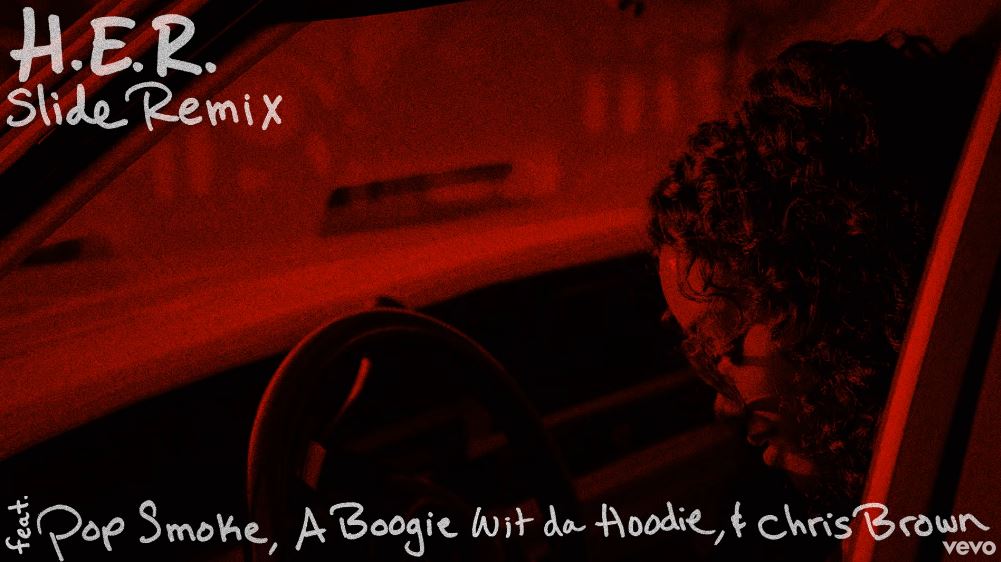 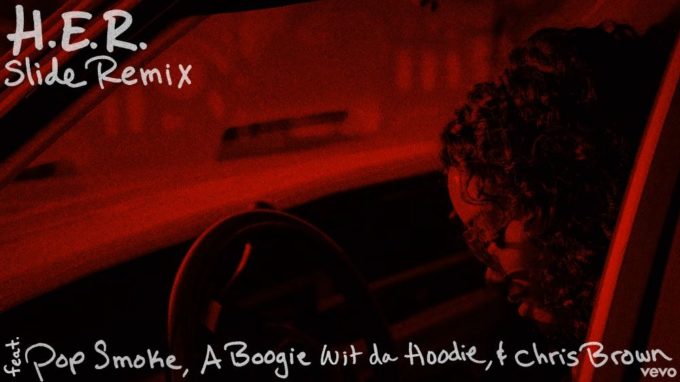 H.E.R.’s song ‘Slow Down‘ with Skip Marley is doing pretty well on radio and she’s now pushing her latest single ‘Slide‘ which came out back in September.

The original version of the song featured YG. The singer, who is nominated for 5 GRAMMYs including for all three main categories: Album, Record and Song of the Year, has now issued a remix of the track where she has enlisted an interesting lineup of Pop Smoke, A Boogie wit da Hoodie and Chris Brown. Listen to the raunchy song below.

H.E.R is also set to perform a Prince tribute following the GRAMMYs which will be televised at a later date.