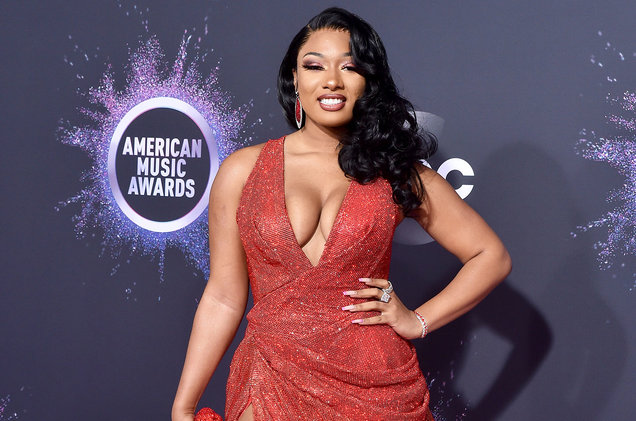 Megan Thee Stallion has mentioned a few times that she will be releasing her debut album in 2020 and it looks like she’s ready to kick start the campaign.

Today, she announced a new single on social media called ‘B.I.T.C.H.’ which will arrive on Friday, Jan. 24th. Last week, Megan and her friends had previewed a song on Instagram where the rapper was performing while her girls were at the back twerking. Her stylist EJ King had captioned her post “#B.I.T.C.H DROPPING SOON!!” so we’re guessing that’s the song in question here.

“Why you wanna play with me you know I’m undefeated? / A real hot girl know how to keep her n*gga heated / You say you want respect well treat me how you wanna be treated / You told me keep it real but you don’t practice what you preachin,” Megan raps on the track which samples Tupac’s classic ‘I’d Rather Be Ya N.I.G.G.A‘. Preview it below.

Megan also teased some footage yesterday of her in the studio with the one and only Pharrell. Take a look below. She recently joined forces with Normani on the new song ‘Diamonds‘ off the Birds of Prey soundtrack.

Cooking up with the mf legend him self 🔥🔥🔥 @pharrell We been going in for 3 days straight he calling me meg thee machine ! #SUGA