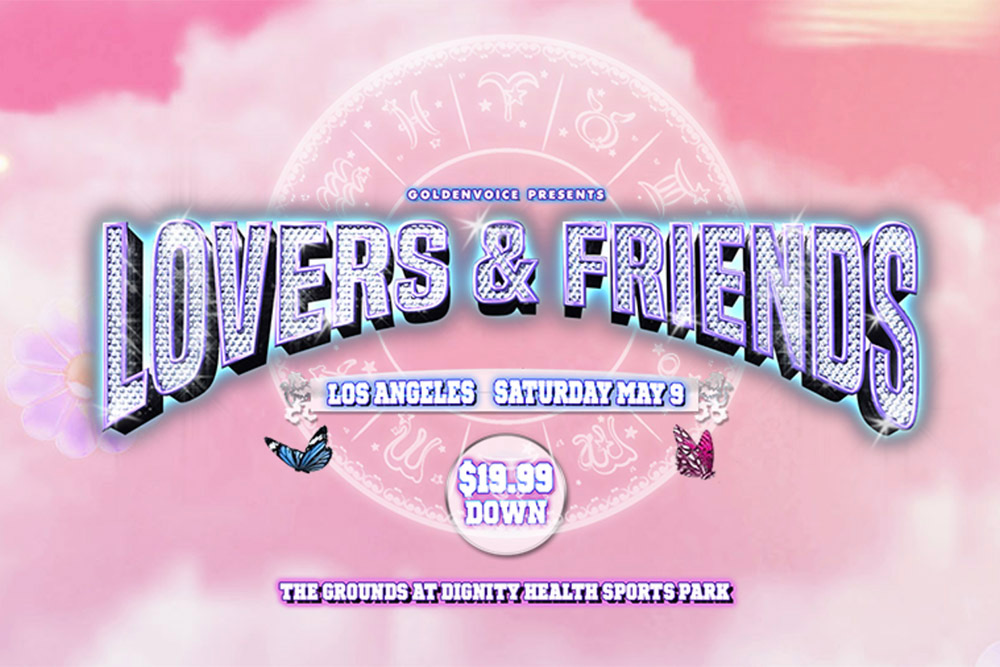 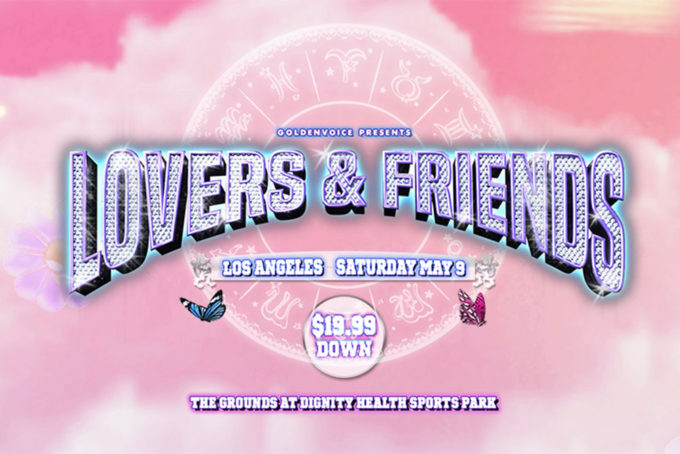 UPDATE (Feb. 21): Due to the high demand, a second date (May 8) for the fest has been added. Additional performers include Doja Cat, Akon, Donell Jones and Mya while some acts from day 2 (May 9) like Ginuwine and Megan Thee Stallion won’t be taking the stage on day 1. 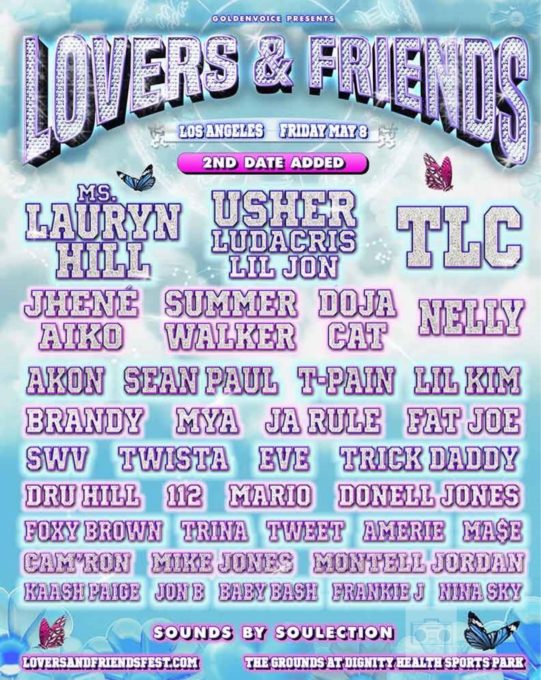 On Tuesday, the inaugural Lovers & Friends festival was announced by Goldenvoice, the same company that produces the Coachella festival.

The flyer made a lot of noise because of the incredible lineup of artists that it featured. The one-day-only event will feature performances by Ms. Lauryn Hill, Usher, Ludacris, Lil Jon, TLC, Jhené Aiko, Summer Walker, Megan Thee Stallion, Sean Paul, T-Pain, Nelly, Ginuwine, Brandy and many more. It goes down Saturday, May 9 at The Grounds at Dignity Health Sports Park in Los Angeles, California. 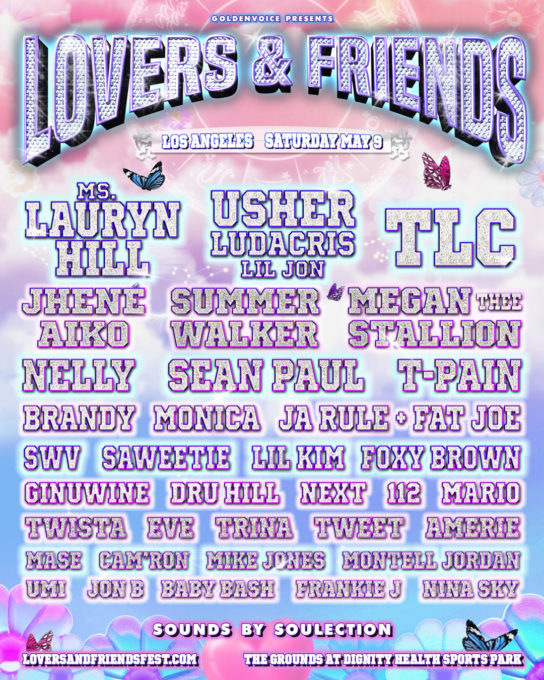 Check out the full lineup above. On social media, there were certain reports that the lineup was fake because it was too good to be true and after artists like Lil Kim and Twista commented that they hadn’t been communicated for it. That led to a lot of jokes on Twitter. But as often happens with so many artists on a lineup, there are sometimes communication gaps between artist’s teams, agents and organizers which seems to have led to some confusion in this instance.

IS THIS LOVERS & FRIENDS FESTIVAL REAL OR NAH? cause i’m not tryna be caught up in the second Fyre Festival documentary. pic.twitter.com/bBhFRMic4c

But the festival and the lineup are absolutely real, HHNM can confirm. Fans can access the Lovers & Friends Fest presale code via the official website, giving them early access to tickets. Fans with a valid North America mobile number can register to receive a presale code and the link to buy tickets before they go on sale. The presale begins Thursday, February 20 at 10:00 AM pacific time. Tickets go on sale to the general public on Friday, February 21 at 10:00 AM pacific time. Prices start at $145.00 plus fees with payment plans also available at $19.99 down.

Snoop Dogg happens to be one of the promoters for the festival and he went on social media to confirm the validity of the event as well.

Snoop Dogg, who is one of the bookers for the Lovers and Friends Festival, takes to Instagram to explain the mixup and personally asks Lil’ Kim to join the show pic.twitter.com/6yg58UXFRI