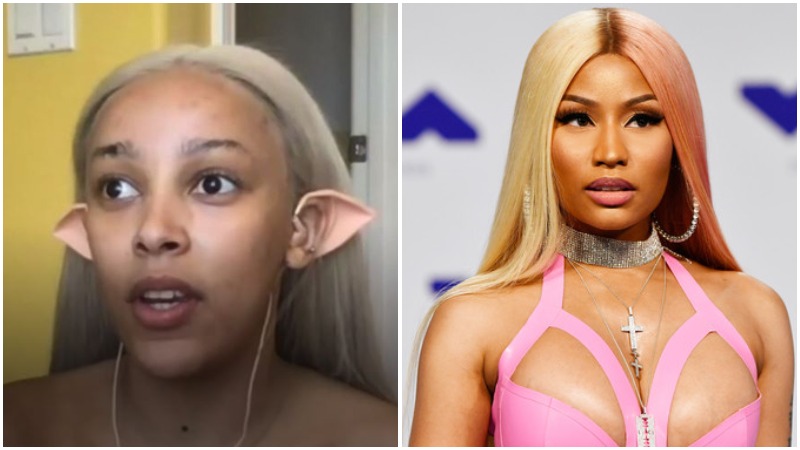 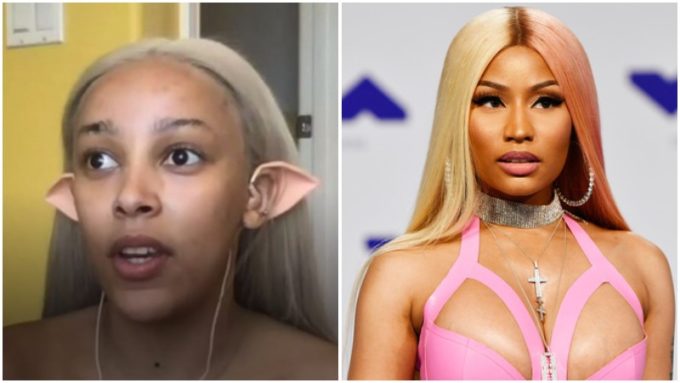 Earlier this month, a strange hashtag called #dojacatisoverparty began to flood our timelines but it was so random that it took us a while to ascertain how it originated.

To keep it brief: it all started when a fan uploaded an illustration of a speculative Rolling Stone magazine cover, featuring Nicki Minaj, Doja Cat, and Megan Thee Stallion. Another fan suggested that he would’ve preferred to see Doja in the center since “she’s my fav out of the 3” which led to a lot of Nicki fans attacking him. The “Say So” hitmaker tried to involve herself into the conversation in an attempt to end the drama but most users took it the wrong way.

🔥New drawing🔥 for @NICKIMINAJ @DojaCat @theestallion . I came up with this idea bcs they’re currently the female rappers shaping rap music!! Hope y’all like it!! Plz help me tag them!! #Rap pic.twitter.com/0d6kIBWu5q

Stop responding to them they’re twitter gangsters and they have nothing kind to say about you or anyone. they live and breathe being fuckin immature.

Soon after, Nicki’s intense fan base started to send their hate tweets at Doja despite her trying to clarify that she wasn’t taking any shots at Nicki. Doja has now addressed the non existent beef for the first time in a new conversation with Zane Lowe on Apple Music. Speaking over FaceTime, the singer-rapper says she’s the biggest Nicki Minaj fan.

“So then after a while, this guy kept on replying, kept on replying, replying to this person, saying the same thing over and over again, reiterating saying, “I just want to see her in the middle. I just want to see her in the middle.” And this person was bullying him at this point and just saying just mean, horrible things. So then I come in and I say, “Dude, stop responding to these people. They’re scum. They’re so awful. Stop talking to them. They have nothing good to say to you or anybody else.” So anyway, I’m standing up for this guy and then I’m just getting upset with everybody. And then I said, “These people are idiots. They’re children, they’re scum.” Because they were, those five people are scum. They suck. They literally suck. They don’t even know who they are,’ she gave Zane a rundown of the events.

“And basically, so then people started spinning it, of course, because that’s the internet. They start spinning it that I’m talking about every single person who likes Nicki Minaj when they don’t even know I’m the biggest Nicki Minaj fan. So they’re stupid. They don’t even know me. So they’re saying things that they have no idea what they’re talking about. But that’s basically how that panned out,” she added.

Elsewhere in the chat, she talked about going vegetarian, listening to Atmosphere and Gwen Stefani, loving Lil Uzi Vert’s ‘That Way‘, love for PARTYNEXTDOOR, playing Minecraft and more.