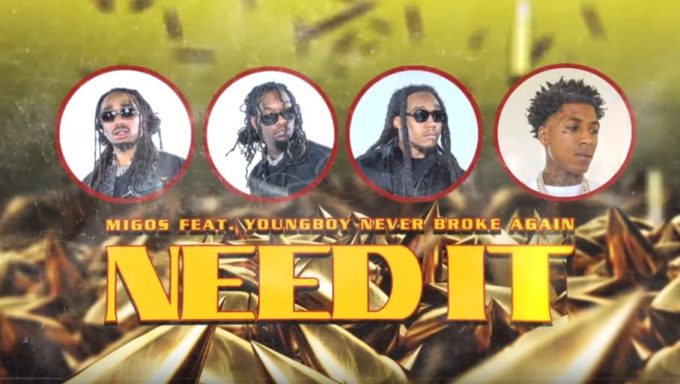 Migos are back with a fresh new single called ‘Need It’ where they join forces with NBA YoungBoy.

This is a song that NBA and Offset had teased a few months ago where they sample the classic 50 Cent song ‘Get In My Car’, one of the standouts on his sophomore album, The Massacre. The original song was produced by Hi-Tek. The new Migos and NBA collaboration has Buddah Bless on the boards.

Stream the new song below. This is the third new Migos song to arrive in the past few weeks, following ‘Taco Tuesday‘ and ‘Racks 2 Skinny‘. Will we get CULTURE III before the end of the year? Time will tell.