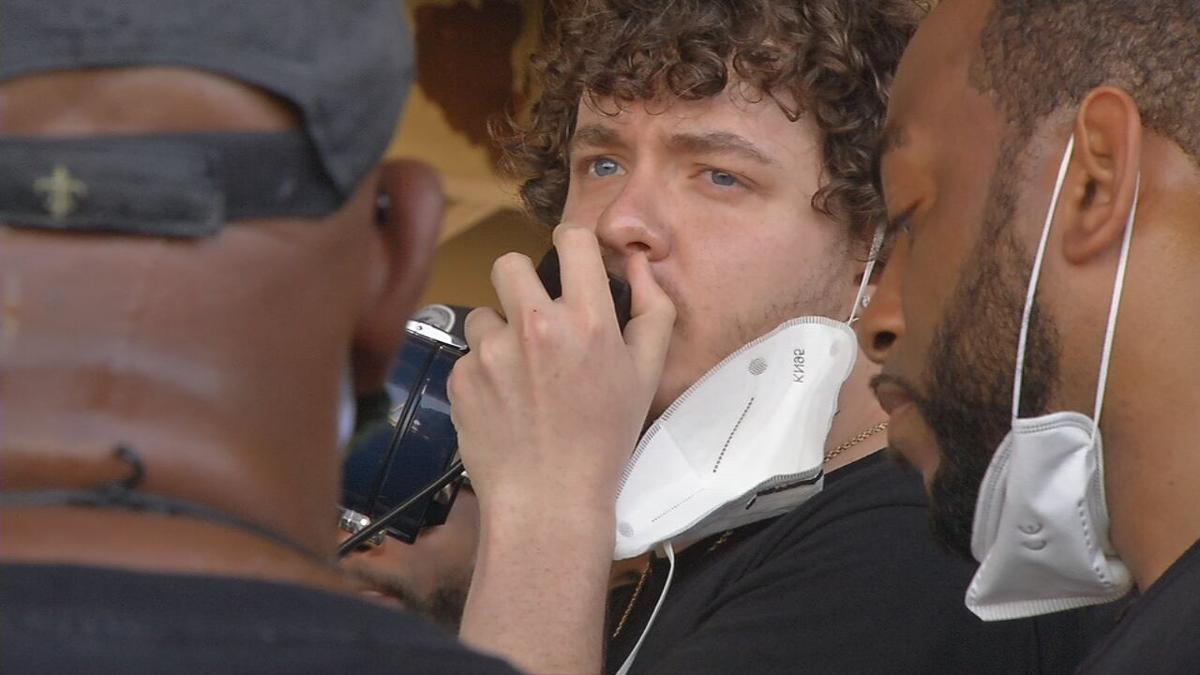 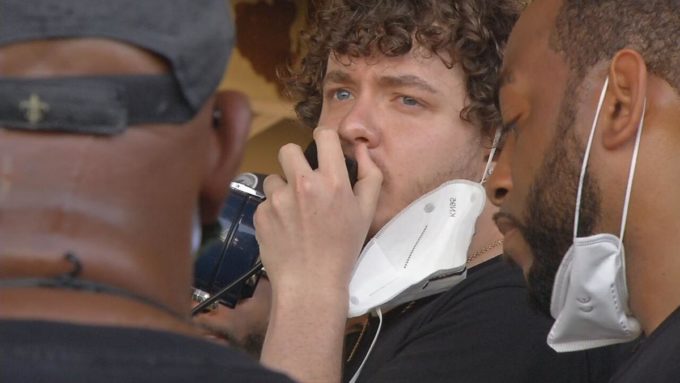 Jack Harlow’s single ‘Whats Poppin‘ continues to do well on all charts: Billboard, radio and streaming but he is making sure he stays in the mix with the help of a few freebies.

This time, the Louisville rapper drops a freestyle called ‘Only Way’ where he calls out racial injustice and pays tribute to Breonna Taylor who was killed by Louisville Metro Police Department officers at her home. Watch it below. Up top is a photo of Jack during a protest a few days ago in downtown Louisville, courtesy WDRB.