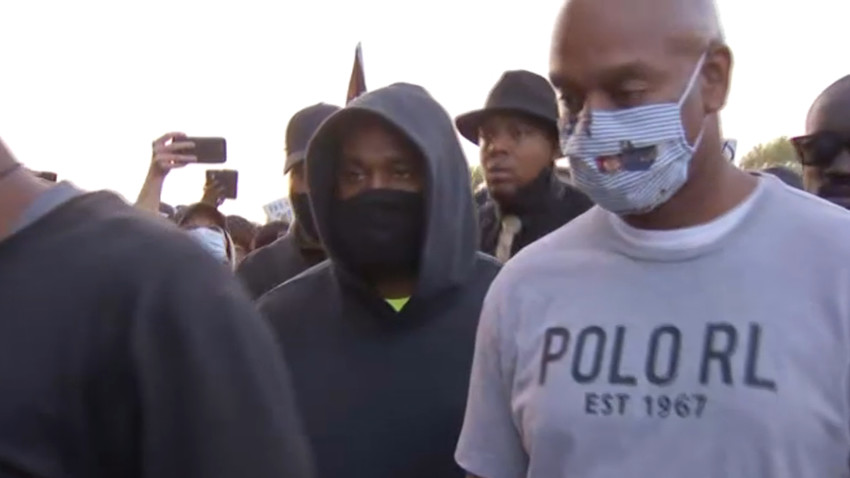 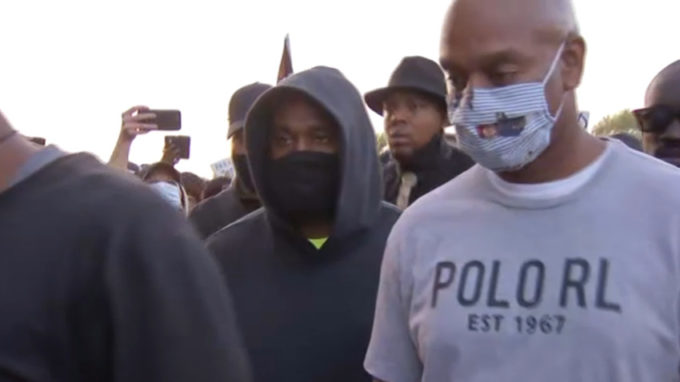 After donating $2 million to families and legal teams fighting for Ahmaud Arbery, Breonna Taylor and George Floyd, Kanye West joined protests in South Side of Chicago on Wednesday (June 4) to support the people.

The rapper, dressed in a black hoodie and wearing a mask, joined the march organized by Chicago Public Schools students and activist Ja’Mal Green that began at the CPS office in the Grand Boulevard neighborhood north to Chicago Police Department headquarters. The demonstration West joined was held in protest against CPS’ contract with CPD, reports NBC.

Kanye stayed for a brief period with the protesters before leaving. Organizers reportedly became frustrated with the disorder after ‘Ye joined the protest. One of the organizers, Taylore Norwood grabbed a megaphone and told the crowd that this march was a youth-led protest and that she didn’t want a “celebrity” hijacking it.

Taylore Norwood, 20, says that this Chicago march is a youth-led protest and that she doesn’t want a “celebrity” hijacking it. pic.twitter.com/uOTZapEc5x