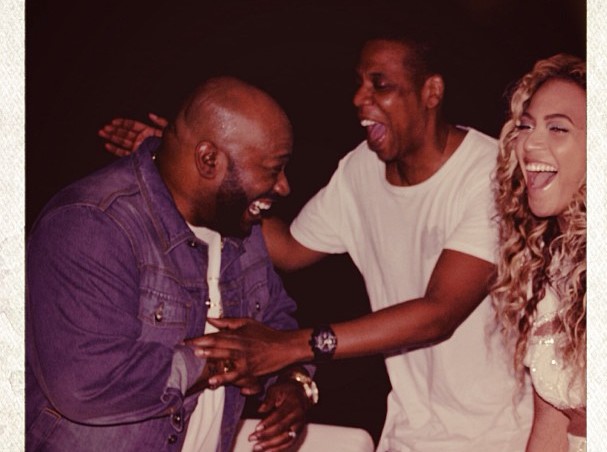 Bun B is a legend in the game who is bound to possess a lot of untold stories. One of them, he decided to narrate during his latest appearance on Sama’an Ashrawi’s podcast, The Nostalgia Mixtape.

While discussing his collaboration with fellow Houston native Beyonce, ‘Check On It’, the UGK veteran decided to tell an interesting tale from the video shoot of the song. Bun B reveals that Jay-Z kicked him and Slim Thug out of the sets since Beyonce was wearing revealing outfits throughout the video, which was being directed by Hype Williams.

“This is in New York. So we’re on the set and we’re filming the video, and if you look at the video, there’s a lot of kind of skimpy outfits. Queenie is there also, so it’s not like I’m there salivating over another woman, but we’re like, ‘Woah, this is crazy. Beyonce’s dancing in this short skirt and she’s dancing in like a bikini,’ type of thing you know,” Bun started the story.

“While all of this was happening, I think this is the scene with the chair, so it’s like her and several other girls and they all have these short skirts on and they’re all dancing seductively on the chair. They’ve got a leg up on the chair so you can kind of see some thigh and maybe a little bit of butt if you’re staring hard enough, and Jay-Z calls and talks to one of her assistants,” he continues. “If I had to guess it would’ve been her cousin Angie that he would’ve talked to because Angie has always been a right hand to Beyonce. He’s like, ‘Yeah how’s the video going, what’s going good, are the guys there?’ All the guys that are with us are the only men there. Well let me say this. There were other men there but they weren’t straight.”

Jay being protective about his girlfriend, he then asked the assistants to direct the men out of the room. “So he’s like, ‘Wait a minute, how many dudes are there?’ So she’s like ‘Well there’s about 9 or 10 guys that are there.’ And he’s like, ‘Where are they now?’ She says, ‘Well, they’re on the sound stage you know, they’re kind of watching everything going on.’ ‘What is she wearing?’ She describes the outfits and he’s like, ‘Yo, clear the room.’

“So they immediately come over to us and they kick all of us out to our dressing rooms and we’re told to stay there until we have to shoot. We’re not allowed to watch Beyonce dance anymore,” Bun says on a lighter note which you can hear starting around the 40 minute mark in the clip below.

“So I guess Beyonce gets wind of the call, she comes up, and she apologizes. “I’m so sorry you guys had to leave the room but Jay’s not comfortable.” And we’re all like, “We understand fully that’s no problem, we’re happy to be here.”

We really can’t blame Hov, can we. In rest of the entertaining podcast, Bun B also talks about Pimp C coining the term “country rap tunes,” how Tupac was planning to record with UGK and much more.