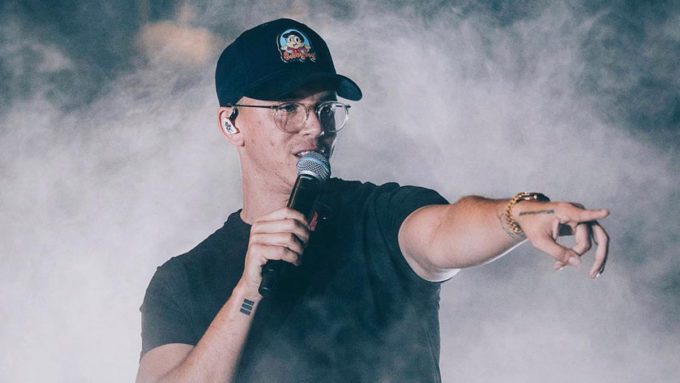 A few days ago, Logic made the surprise announcement that he was retiring from music after releasing his next album No Pressure on July 24th.

“Officially announcing my retirement with the release of “No Pressure” executive produced by No I.D. July 24th…It’s been a great decade. Now it’s time to be a great father,” he wrote on social media. The rapper had also shared some photos of his son with wife Brittney Noell on Instagram. Now in a new interview with The Verge, Logic has spoken about his abrupt decision for the first time. “I’m not this rapper guy, man. I’m just a nerd. I love video games,” he says.

Furthermore, he has announced that he’s signed a seven figure worth deal with streaming platform Twitch. He says he likes the service as one has a lot of control over moderation, unlike other platforms. “This is the place where if you want to interact with me, you’re going to do it here,” he says. “I’m not going to be on Twitch, having political debates. I’m going to be on Twitch, helping people after they’ve had a day of protesting or political debates, unwind and laugh and smile. And if you want to know how I feel about the world, you listen to my music.”

Speaking on his retirement, he said: “I announced my retirement from music because it came to a point where I felt forced, like I had to do certain things. And it’s not that the label made me feel that way. I was doing it to myself, because I’m such a businessman, and I was pushing myself to the brink of insanity.”

“I think if I said, ‘Yeah, this is a new era’ and all this shit, you could put it on the headline and it would like make it sound cooler,” he says. “But it’s like, of course, it’s a new era, but I’m not gonna… I’m not fooling myself. I’m a musician, I’ll always be one. I’m still gonna, like, rap on songs that probably won’t come out.”

Logic is scheduled to go live at 5PM PT / 8PM ET on Tuesday, July 21st where he’ll be debuting his new album No Pressure ahead of its July 24th release.