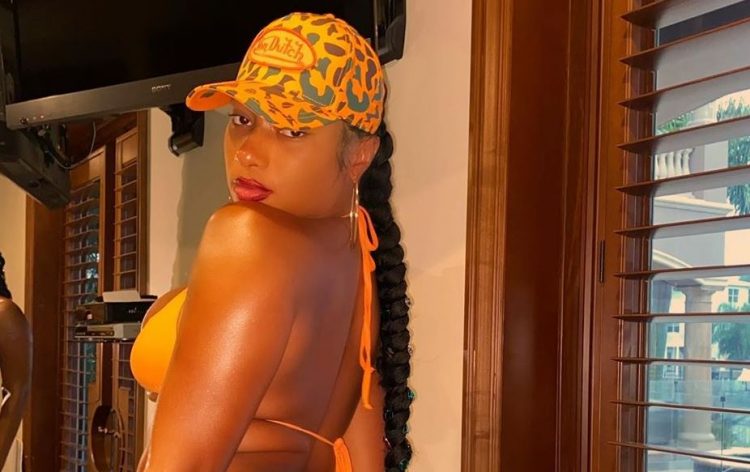 Megan Thee Stallion won the award for “Best Hip-Hop” at tonight’s MTV Video Music Awards but shortly before that, she had something to share with fans.

The rapper has been doing impromptu freestyles regularly ever since she broke out on the scene almost two yeas ago but took a little break from doing them for past two months or so. Today, she dropped some bars while sitting on a table sporting an orange bikini, addressing the recent shooting. Megan has blamed Tory Lanez for the incident which left her wounded in both of her feet.

“Tic tac toe, I X this bitch, if a hit dog holler, I address that shit,” Megan started off to address her comeback from a setback. “Got shot two times and I ate that shit, bounced right back with a Revlon deal.” Watch it below.

On Saturday, she performed a virtual concert on TIDAL, delivering her hits like ‘Hot Girl Summer’, ‘Savage’ and ‘Big Ole Freak’ with some help from backup dancers. You can watch it here.