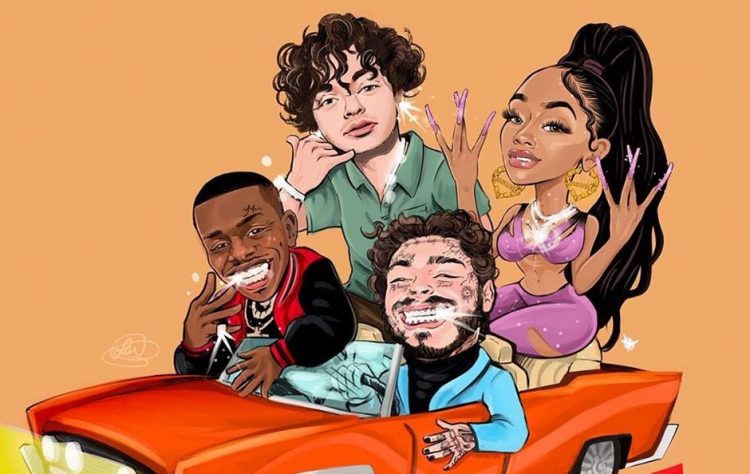 Saweetie’s latest single ‘Tap In‘ is doing pretty well on the charts, up to number 41 on the Billboard Hot 100 and already top 5 on Urban radio.

One of the ways to boost a song has always been a fire remix. The Bay Area rapper has seized that opportunity and issued a new version of her high energy track, enlisting Post Malone, DaBaby and Jack Harlow. Three high streaming artists of the moment — it surely can’t hurt.

Inspired by Bay Area legend Too Short’s classic ‘Blow The Whistle’, Saweetie’s ‘Tap In’ marks her second single to reach Billboard’s Hot 100 chart and has earned her a 2020 MTV VMA nomination for “Song of the Summer.” Listen to the official remix below. Last month, Saweetie also dropped a freebie called ‘Pretty B*tch Freestyle‘.