6ix9ine Says There’s No Difference Between Him & Tupac 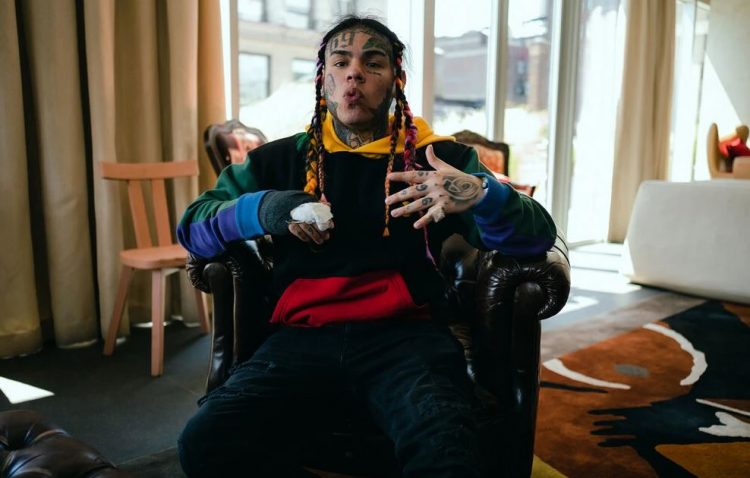 6ix9ine has done his first proper post-prison interview with NY Times where he talks about everything which has kept him in the news in the last two years or so.

The controversial artist, who is set to release his new album TattleTales this Friday, defends his snitching and says that he doesn’t regret taking part in illegal activities with the Nine Trey gang as it brought him credibility. “I knew what I was doing with Nine Trey. I knew what I was getting into,” he says.

Tekashi also addresses his conviction in the case where he admitted to using a 13-year old in a sexual act. “I admit to all my wrongs, right? I pleaded guilty to [using] a child in a sexual performance, and then I took responsibility for that,” he said. “The thing with a 13-year-old girl, I was at the wrong place at the wrong time. The justice system makes you feel so guilty for something and they beat it into your head. “You’re not taking responsibility for it!” And the whole time, you’re telling the honest truth. Listen, I went to this place, and these guys brought this underage girl. I’m filming it, uploading it for the masses to see. If you committed a murder, would you upload that Instagram? I uploaded it to social media for the world to see! You’re thinking there’s no crime being committed. When the cops came to get me, I said, what happened? I turned myself in,” he continued.

“This is one of his biggest songs. [Plays “Troublesome ’96” by Tupac from his iPhone] What’s the difference between that and “Billy”? “A born leader, never leave the crib without my heater!” You’re telling me he gave back through his art? You’re lying to me.”

When the interviews questions his artistic side, bringing up the point that he’s not as multi-faceted as 2Pac, 69 responds, “I got to feed what, in 2020, is relevant. I got to feed the masses. There’s no difference between me and Tupac Shakur.”

He also addressed the talk about being boycotted by the industry because of his persona:

Do you think you’ve been boycotted by the industry?

I feel like it’s a fear, because remember, everybody has to abide by a street code, right? But the industry is not street.

So why do you think nobody is promoting your stuff?

No. Nobody’s going to make me stop saying [expletive]. I grew up in Bushwick, Brooklyn. All my friends are Black. Who’s going to stop me? If I felt it was wrong, I would stop, but it’s not wrong, my [expletive].

Because everything is paid into radio. How does a song get on radio? Cash. Is that song really hot or is it the money being put into that record to promote it? When you call a Carl Chery [of Spotify] or a Larry Jackson [of Apple Music] and say, do me a favor, can we get on the playlist Rap Caviar, New Music Friday, is that really your record that’s hot or your label pulling strings?