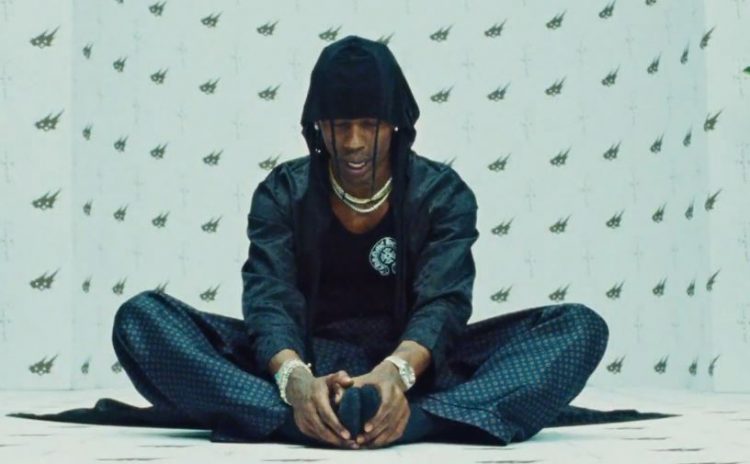 Travis Scott’s name has been everywhere as of late due to the rapper’s big deal with McDonald’s where fans could order his favorite meal. He ended up selling out a bunch of merchandise with McDonald’s branding on it and did so well that there was a shortage of the meal around the country.

In terms of music, the last time we heard from Trav was with his song ‘The Plan‘ which came out as part of TENET soundtrack. Tonight, the Houston artist is back with another one.

He links up with M.I.A. and frequent collaborator Young Thug for a new song called ‘FRANCHISE’. You might recognise it as the tune he previewed on his Beats Radio show that fans dubbed ‘Whit Tee‘. You can watch the music video, directed by Travis, below. Travis Scott and IMAX have teamed up to globally debut ‘Franchise’ in front of evening showing of Christopher Nolan’s Tenet beginning at 7PM and later at select IMAX theaters.

Travis discussed working with M.I.A. on Zane Lowe’s show on Apple Music. “I actually, she reached out to me for something for her album and we tracked it like in London, you know. She’s just one of my favorite artists as humans,” he said. “So it was just amazing and you know, just chopping it up and spend some time. When I finished the song, I couldn’t think of nobody else that I could probably just maybe like, body this sh-t. You know what I’m saying? Body this sh-t like as hard as like anyone else, any other rapper, any other artists. And just that presence, man. We ain’t felt this presence in a long time. I’m just trying to get this gig sh-t like right man. We got to get better, right? You know what I’m saying? Like all of this, the energy man, music, beats, raps, God! Everything, she’s the illest of all time.”

He also confirmed that the title of the song was changed from ‘White Tee’ to ‘Franchise’. “We just naturally, it was just always just calling it “WHITE TEE”. Just, just like, I think I was like the first bar made and we was making a song. It was just like hard and just you peep with me and him and we talk about it. I just, we still call it like “WHITE TEE” and sh-t like that. “Franchise” is always like the name, I think we have on the board for it and it was just fire. We had like a couple circled names we always thought was dope. So, you know, we just went with them, you know. So now you know, it’s just like names is always…so that’s the joint though, man. I f-k with it heavy.”