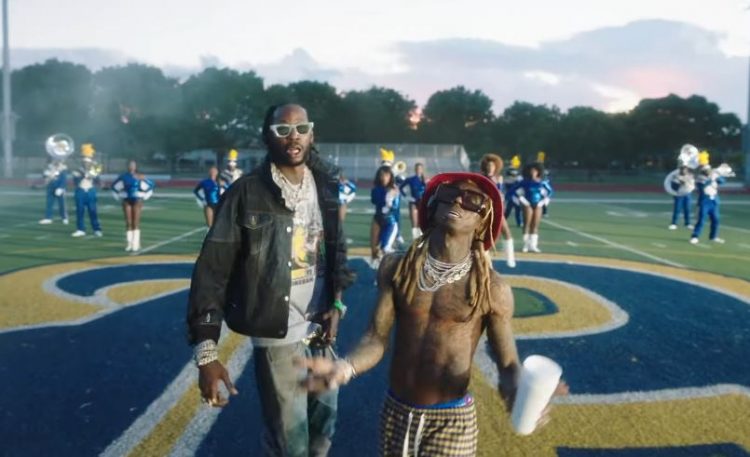 2 Chainz and Lil Wayne have released the music video for their latest single ‘Money Maker’.

In the video, the two rapper friends celebrate Historically Black Colleges and Universities as they are assisted by a marching band and plenty of cheerleaders. The clip is directed by Bryan Barber. Watch it below.

The song is lifted off Chainz’ forthcoming new album So Help Me God which arrives in stores Sept. 25th via Def Jam Records. He also said that he’s trying to release two albums this year: So Help Me God and the previously announced Collegrove 2 with Lil Wayne.