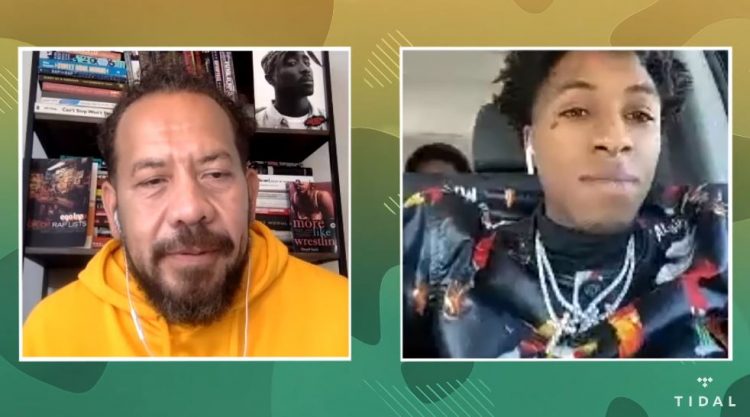 NBA Youngboy doesn’t do too many interviews so when it was announced a few days ago that he has done one with TIDAL’s Elliott Wilson, it certainly piqued our interest.

The Baton Rouge rapper’s latest album TOP shot straight to number one on the Billboard 200 chart this week, moving 127k copies in the first seven days. With this, he managed to score three number one albums in less than 12 months. It started with AI YoungBoy 2 mixtape last October followed by his 38 Baby 2 tape in April.

In a rare chat with Elliott, the rapper spoke about his massive success, what inspires him with the kind of music he makes (he answered “murder”), if he is competitive in the rap game, fatherhood, why he does limited features on other artists’ songs, and more. Watch it below.