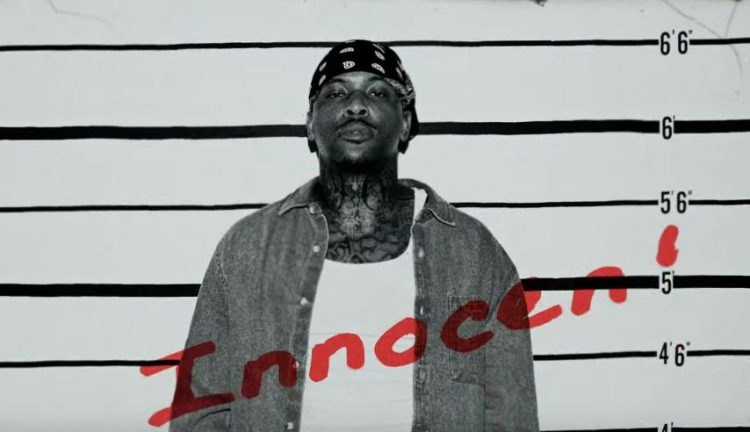 YG is back with a new single called ‘Out on Bail’, off his forthcoming new album My Life 4Hunnid.

The Compton rapper had changed the name of the album to that from Laugh Now Kry Later and recently announced that it will hit stores on October 2. YG’s recent singles (listen to the previous one ‘Equinox’ here) have not had big commercial success but going by the description of the album by him, it looks like the project will not have too much crossover appeal.

“Out On Bail” tomorrow My Life 4hunnid the album October 2nd 👌🏾

YG debuted the song with Zane Lowe on Apple Music where he also spoke about the origins of it, the concept of his new album, being inspired by Tupac and more.

“This record, I’m putting this out first, outside of the album, because it’s really my truth, like what I’ve been dealing with. Like when I wake up every day and I go to sleep every day, tripping out, I got these types of problems that I’m dealing with, with police and with just everything, you feel me? The court system and all that type of sh-t. And so I was like, this record represents the album to me. You know what I’m saying? So I wanted to lead with this first so that people could have that realness before it’s time to turn up,” he explained.

YG added that he recorded the whole album while in quarantine these past few months. “This whole album got recorded while in the quarantine, you know what I’m saying? So it was like, I felt like my album is what it is because of the times that we were going through, the times that we’re in, it’s like, it’s not the typical YG to turn up the extra turn up there, man. I got some slaps and some bops that’s going to make you move, but I really couldn’t make that music in these times, you feel me? So all I had…I had nothing to do but just think about real stuff that I’m dealing with, because we didn’t have nothing to go run to, to forget about it or act like it’s not happening. Feel me the club aren’t open, you can’t go nowhere. I’m in a house reflecting on my life.”

Watch the video for the banger above. YG said the album is heavily influenced by Tupac and reveals that Lil Wayne is featured on a song off the album, titled ‘Blood Walk’.

“This album was highly influenced by Tupac. This is as far as the space I’m in and what I’m dealing with in life. He went through a lot of the stuff that I’m dealing with right now, and he was making records about it, and just the tone and the cadence of how he was coming up. I was playing with a lot of that type of sway of Tupac. So that’s a fact, that’s a fun fact. Since I was playing with all the Tupac stuff, I had to go get somebody else who was influenced, highly influenced by Tupac. So I went and got Lil Wayne to sing with me on a song.”

“And the song is like, I think it’s a song that everybody’s going to love, because it sounds like it’s some street sh-t, but Lil Wayne shot it like the 2008 way, you know what I’m saying? 2007, 2006, he sounds like that. So we all look out for that, you feel me? That song was called “Blood Walk.” It featured Lil Wayne and my artist D3, but it’s fire though.”