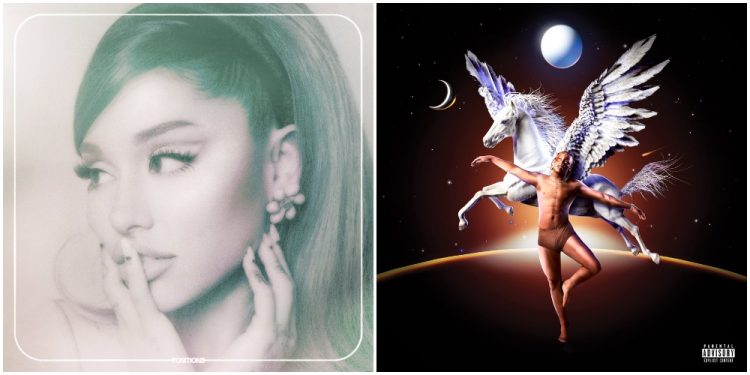 Previous story (Nov. 1): Ariana Grande’s new album Positions came out this past Friday with only about a week’s notice to fans.

But that is enough for it do well commercially on the charts. According to the projections reported by HDD, the album, which features guest appearances from Ty Dolla Sign, Doja Cat and The Weeknd, is expected to move 240-260k copies in the first week out of which 60-70k coming from pure sales. This will be more than enough for a number one debut on the Billboard hot 100 chart this week.

In comparison, the pop star’s last album Thank U, Next sold 360k in the first week at retail.

Trippie Redd came out with his latest offering Pegasus on Friday as well, after suffering a leak more than a month ago. The star studded set is projected to move 60-70k copies with about 2-3k coming from pure sales.

The projections for Busta’s long awaited album ELE 2 are not reported yet but according to our estimates, it should do something in the range of 20k.

Queen Naija’s new album Missunderstood is expected to do about 24-28k copies in the first week.