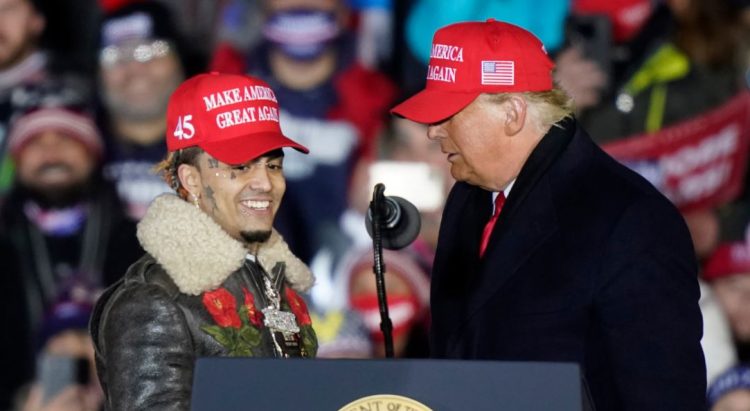 The bizarre events in the U.S. elections continued last night when Donald Trump invited rapper Lil Pump to the stage at his final rally in Grand Rapids, Michigan.

He invited the “Gucci Gang” rapper, real name Gazzy Garcia to speak with the crowds, referring to him as “Lil Pimp.” Trump said: “One of the biggest superstars in the world… Little Pimp!” But he quickly followed it up with: “There he is. You wanna come up here and say something? Lil Pump?

“Does everyone know who he is? You know how big he is? Come up here, that’s a nice hat,” he continued. Watch the clip below.

Lil Pump takes the stage at the Trump rally shortly after 1amET on Election Day. Trump introduces him as "Little Pimp" pic.twitter.com/cS7yqT7c5Q

When Pump took the mic, he said: “I’ve come here to say Mr. President I appreciate everything you have done for our country. You brought the troops home and are doing the right thing. MAGA 2020 don’t forget that!”

Pump has voiced his support of Trump in the run-up to the election, citing lower taxes as his reason for supporting the president.