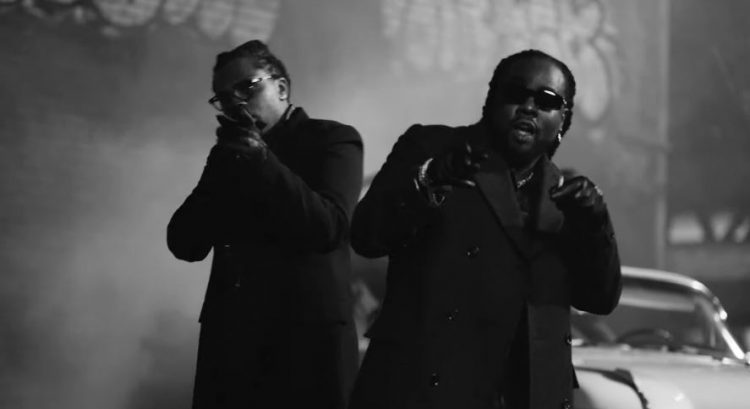 Wale has been teasing his return to releasing music for the past couple of months. Today he kick starts the campaign with a new single ‘Flawed’ with Gunna.

Like a lot of songs from the MMG rapper in the past, this one too is about relationships, or rather breakups as he combines his poetic raps with a bit of singing. Gunna presents himself in a much more mellow form as well. The clean black and white video is directed by Joseph Desrosiers and Melissa Forde (Rihanna’s bestie). Watch it below.

Wale spoke to Zane Lowe about the song and where he’s at musically. “I’m trying to work with like, you know, just get back into like in the collective approach. Like when I first got with Mark, like I was like working with everybody, Lily Island to Dave Sitek and TV on the Radio, K’naan, whatever I want. I’m kind of going back into that, like me and DJ money, but working on so much stuff. Just not being in a box of just only hip hop. Whether it’s popular or not,” he said. “I just know my inner artist is just like, “Bro, like you can’t just be just doing just hip hop.” You know what I mean? So I’m experimenting a little bit.”

Wale’s sixth studio album Wow…That’s Crazy was one of the best releases last year, spawning the #1 double-platinum single ‘On Chill’ feat. Jeremih, which received a 2020 BET Award nomination for “Best Collaboration.” Earlier this summer, Wale also put out the standout The Imperfect Storm EP. Hopefully, a new album is on the way.