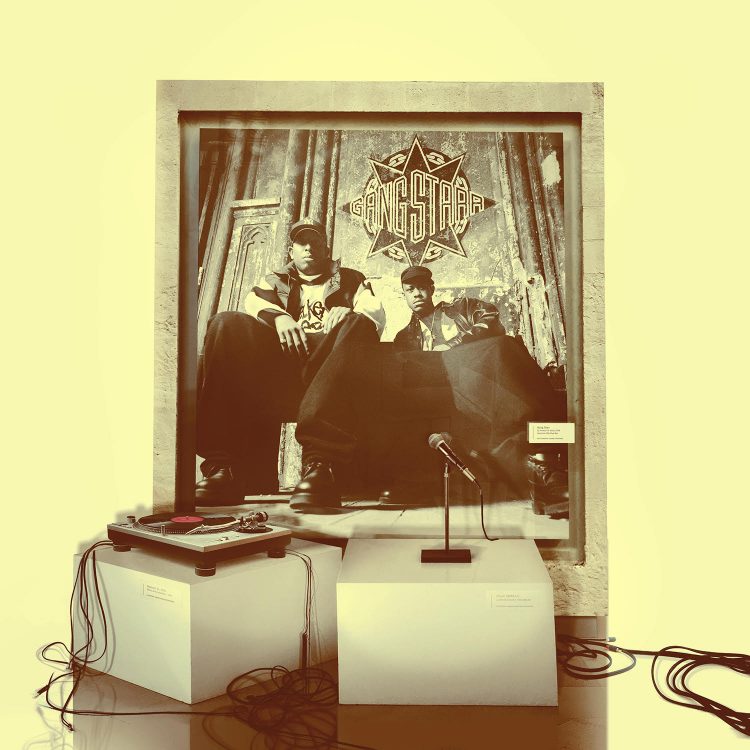 Getting a new Gang Starr song out of nowhere certainly feels like a blessing.

DJ Premier has unveiled ‘Glowing Mic’, a bonus cut on the instrumental version of last year’s album One of the Best Yet, which is set to arrive at midnight (December 11th). Guru recorded one of the two verses for a song called ‘Mr. Gang Starr’ which was released shortly after his death but Preemo ended up finding a multi track session for it so he built a new song around it.

“Since the song ‘Mr. Gang Starr’ was previously released after we hadn’t worked together in so long, I noticed the multitrack session said ‘Mr. Gang Starr (Original Version),’” DJ Premier says to Rollingstone. “The lyrics and the hook are totally different so I gravitated to it and I didn’t want to use the same title and confuse people. My search for scratch ideas landed me across a song I produced for Torae ‘For the Record’ in 2011. The line says ‘I destroy the mic for my glow.’ Instantly ‘Glowing Mic’ became the title simply from hearing that line.”

Listen to the song below. One of The Best Yet featured guest appearances from J. Cole, Royce 5’9″, Ne-Yo, Talib Kweli, Q-Tip and more.