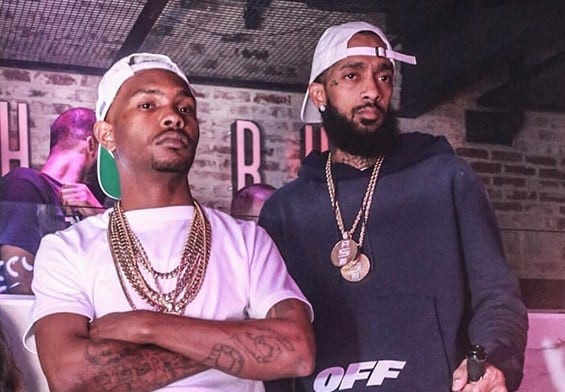 Nipsey Hussle is still terribly missed by music fans all over the world. It is not known whether we will ever see a posthumous album from the rapper but before his death, he surely recorded some material for his friends.

The last notable one we heard was on Big Sean’s song ‘Deep Reverence‘ which ended up earning the two a GRAMMY nomination for “best rap performance.” We now have two posthumous verses from Nipsey on close associate (All Money In) J Stone’s new album The Definition of Pain.

The first one is called ‘LeBron James’ which also features fellow L.A. based rapper Dom Kennedy while the other one is ‘Started Wit Nothin’ which features T.I. as well. Listen to both below. J Stone’s project also has additional appearances from Kash Doll, Dave East, E-40 and T-Pain.