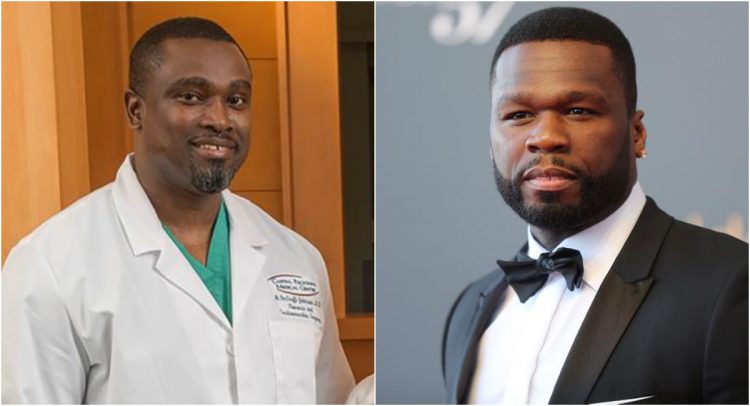 Dr. Moses deGraft-Johnson, a cardiovascular surgeon based in Tallahassee, has pleaded guilty to federal fraud charges.

Dr. Moses D. Degraft-Johnson had earlier pleaded not guilty to several criminal counts filed by the U.S. District Court for the Northern District of Florida earlier this year, including health care fraud and conspiracy to commit health care fraud. Dr. Moses de-Graft Johnson, a dual citizen of the United States and Ghana, was also accused of aggravated identity theft.

His guilty plea includes admitting getting paid at least $29 million for medical services he never performed on patients and over charging for others adding up to 58 counts of healthcare fraud. And the doctor has a very close connection to Hip-Hop.

Dr Moses DeGraft-Johnson is the doctor who successfully operated and saved the life of 50 Cent after he was shot nine times in the hand, arm, hip, both legs, chest, and left cheek back in 2000 in Queens, New York outside his grandmother’s house. This fact was made known to the court in one of the earlier hearings. As we all know, 50 survived and went on to become one of the biggest stars in music shortly after, following signing with Eminem and Dr. Dre.

According to the U.S. Attorney’s Office, Dr Moses DeGraft-Johnson “used churches, nursing homes and at least one hospital to find vulnerable victims, many of whom were subjected to invasive and unnecessary procedures.”

Degraft-Johnson ran the Heart and Vascular Institute of Northern Florida in Tallahassee and was accused of submitting false claims to health insurance agencies for procedures and obtaining the money for his personal use, for a total sum amounting to almost $30 million. In some cases, the doctor used to claim he had done the procedures in his office when in reality he was traveling around the world to places like Spain, the United Kingdom and Ghana, according to court documents.