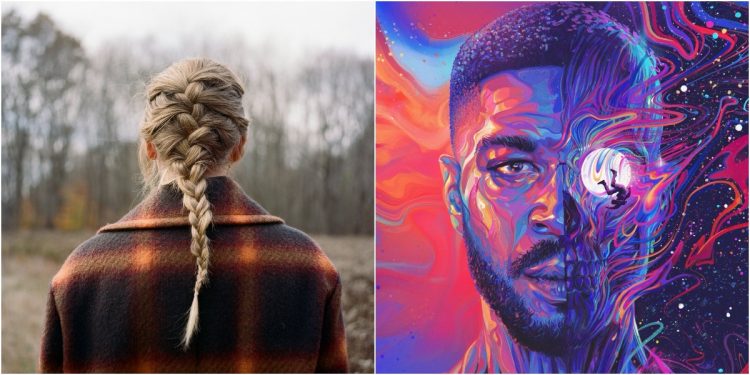 UPDATE 2 (Dec. 18): The final numbers are in. Taylor Swift’s evermore did 331k, Kid Cudi’s Man on The Moon III: The Chosen moved 148k and Jack Harlow’s debut That’s What They All Say managed 52k.

UPDATE (Dec 15): We now more accurate numbers for the projections: Taylor Swift is at 340k while Kid Cudi is at 160k.

Jack Harlow’s debut album That’s What They All Say is expected to do 52k copies in the first week.

Two of the biggest releases this Friday came from Taylor Swift and Kid Cudi.

Taylor released evermore with just a couple of days’ notice. While announcing it, she called it folklore’s “sister record.” She added: “to put it plainly, we just couldn’t stop writing songs. To try and put it more poetically, it feels like we were standing on the edge of the folklorian woods and had a choice: to turn and go back or to travel further into the forest of this music. We chose to wander deeper in.”

The album, which features guest appearances from Haim, The National and Bon Iver, is set to move 300-350k copies in the first week with about 150-170k coming from pure sales according to HDD. This will give her another number 1 debut with ease after having already spent 8 weeks at top of the charts with her previous disc, folklore.

Kid Cudi came back to the forefront this week with his new album Man on The Moon III: The Chosen which continues his much loved “Man on The Moon” series. The project, which is another Republic Records release, is set to do 150-175k total copies in the first week with about 15-18k expected to come from pure sales. This should give it a comfortable spot at number 2 on the Billboard 200 chart this week.

It is also a big jump from his last outing Passion, Pain & Demon Slayin’ which sold only 49k copies in the first week.

The album has guest appearances from Skepta, the late Pop Smoke, Trippie Redd and Phoebe Bridgers, and is receiving a good reaction from fans.