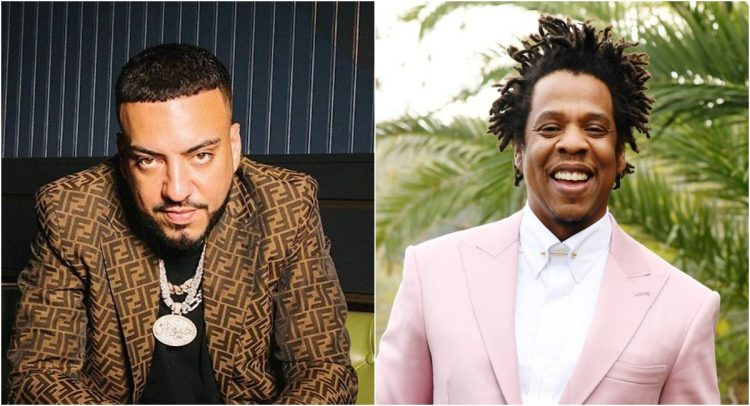 French Montana is known for his close connections with the most powerful players in the music industry and has worked with almost all the biggies. One person that he’s yet to collaborate with officially is Jay-Z.

But that will probably change soon. The New York rapper is a guest on the latest episode of veteran UK DJ Semtex’s Hip Hop Raised Me podcast where he revealed for the first time that he has a song with Hov in the works. The topic came up when Semtex asked how he’s been able to have a good relationship with the top artists in the game. He then expanded on how Jay was the only person he hasn’t worked with.

“The only person I haven’t worked with yet and we just found the song – I mean, I worked with him on other people’s songs, but me and him never had like, you know, one of the Montana hook.. is Jay-Z. And we finally found the song…so you know, you got the news first!” he said. “So we just finally found song me and him been going back and forth, so hopefully that’ll go down.”

Semtex then grilled the Coke Boys boss on how it came together. “I was playing this song for somebody in the studio, and the artist just grabbed me and just started wrinkling my shirt like “Yo! What is this?” And Jay-Z happened to see that and Jay-Z was like “Yo that record is crazy!” You know what I’m saying? He was like “Yo let me get motivated to write a 16 on this real quick…” and I was like ‘Alright’,” he said.

French also spoke on working with ‘Whoopty’ hitmaker CJ, his last project Coke Boys 5 and more. Listen to the full episode below via Spotify or on your favorite platform here.