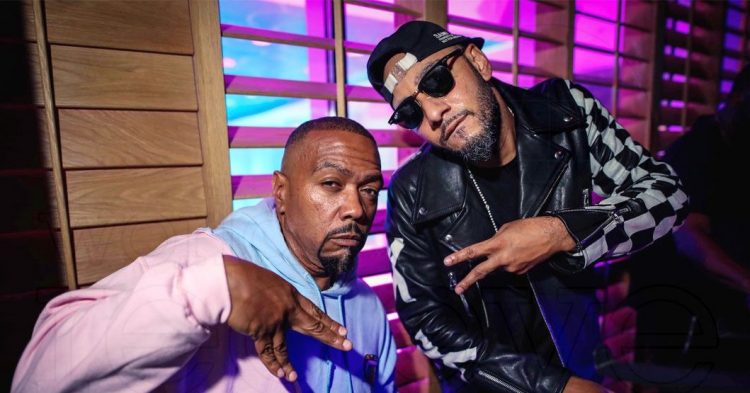 As the VERZUZ platform keeps expanding, Swizz Beatz and Timbaland are coming up with even more ideas to take the movement even further.

On Friday (Jan. 22), the creators of the series appeared on ESPN2’s “Jalen and Jacoby” show to talk about their expansion to the sports world for the upcoming Super Bowl where the NFL has teamed up with Swizz and Timbo to curate four days of football VERZUZ battles. During the week of January 26 – 29, fans will be able to tune to watch highlights of their favorite athletes’ careers go against each other.

But they have more aspirations. When asked what their “holy grail” VERZUZ would be, they said they are trying to figure out how to make a Tupac vs. Biggie battle a reality. “My dream one, I want to figure out how to do Pac and Biggie in a way that the people is gonna really love it,” said Swizz, while Timbaland approved the idea. “I’ma call you later, Imma text you,” said Timbo.

Wait ‘til you hear this, @THEREALSWIZZZ and @Timbaland give us their “holy grail” @verzuzonline matchups: pic.twitter.com/srEhBRL6I9

Timbaland went a step further and suggested a battle between two of the greatest musicians to live, Prince and Michael Jackson. Jalen Rose suggested a hologram battle but we’d have to watch and watch if they can actually make these events happen in reality. The latest VERZUZ that happened was between Ashanti and Keyshia Cole this past Thursday. If you missed watching, you can catch the highlights here.