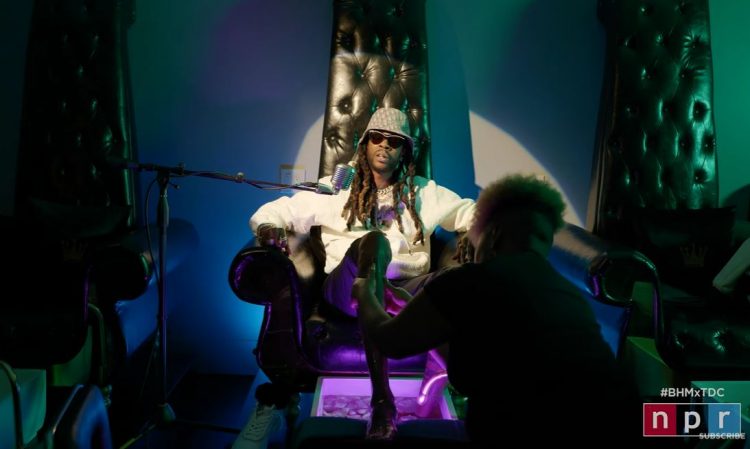 NPR continues their Tiny Desk Concert series where they will be featuring Black artists of all sizes on the platform in honor of Black History Month.

Following Rick Ross just yesterday, it’s now time for 2 Chainz to shine on his Tiny Desk concert. The Atlanta veteran performs live from his high-end nail studio Pamper (yes, he owns it) while getting a champagne-soaked pedicure. Later, he brings the musicians helping him to the forefront as he performs songs like ‘Southside Hov’, ‘Vampire’, ‘Good Drank’, ‘I’m Different’ and the latest single ‘Grey Area‘.

Watch the concert below. The rapper recently revealed that he’s reconsidering leaving Def Jam after the label gave him an enticing offer. He released his last album So Help Me God in November.