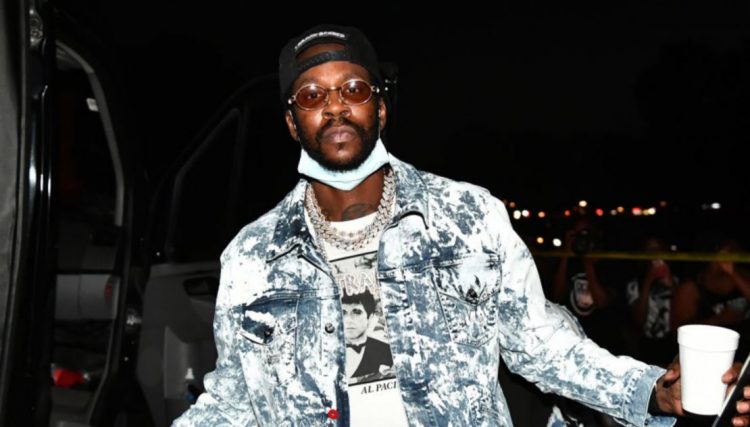 In January this year, the Atlanta veteran told Zane Lowe on Apple music that his next solo album will probably be his last on Def Jam and he would like to go independent following that. But it seems like he is considering a new offer from his long time label. During a chat with Ebro on Apple Music today, 2 Chainz said that even though he had planned to depart after this album, he might just stay as the company has offered him an “enticing” deal.

“With this one [So Help me God] I thought it was gonna be an amicable split. And me knowing I still have more in the tank, I was just gonna leave and see what God had to offer. And they came back with a few things that was enticing, and you know, we’re working on it,” he said. He added that his original deal with the UMG-run label ended after his 5th album Rap or Go to the League but he was able to re-negotiate for his masters following that.

Tity Boi also spoke on working with Kanye West on the song ‘Feel A Way’, revealing that the original title was ‘Wavy’ was had a longer verse from the G.O.O.D. Music head. “This record was called ‘Wavy’ at first, and we changed it to ‘Feel A Way’. It was way more than that on the record. I trimmed the record, because I knew it was coming out after the election and he was saying some stuff that pertained to that. And there was some other stuff like, this is my song. I told him, I don’t know what else I can say,” he said.

He addressed his good friend Lil Wayne’s controversial political leanings as well, saying, “Whatever Ye or whatever Wayne did – it didn’t change the way I felt about them individually because they’re friends of mine. When I talk to Wayne it’s not always about music. When I talk to Ye it’s rarely about music. Some people have different angles and different ways of expressing themselves and that’s due to something called individuality that we all have.”

In related news, Jeezy has re-signed with Def Jam as well and has entered into a consultant role with the label as a Senior Advisor to the Chairman.