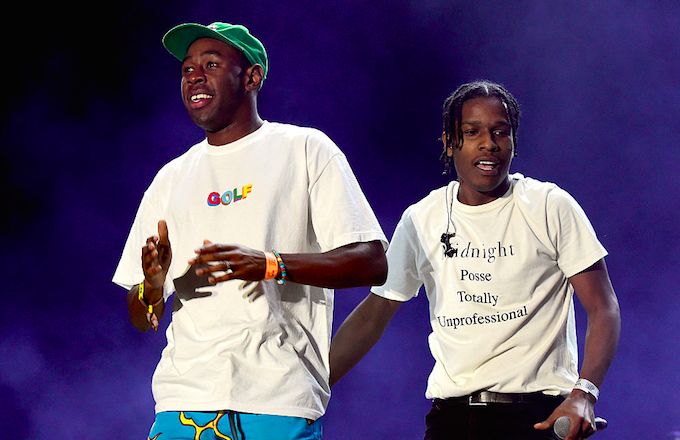 A new collaboration between ASAP Rocky and Tyler, The Creator called ‘Jingelin’ has surfaced online through unknown origins.

This is of course not the first time that a track from the two friends has hit the internet. In July, 2019, a song titled ‘Run It‘ came out in similar fashion and many thought then that it may appear on their joint project Wangsap which was announced in 2018.

‘Jingelin’ features an uptempo, funky beat with both artists dropping rap verses on it. Listen to it below. Last September, the two also starred in a Gucci commercial together — watch here.