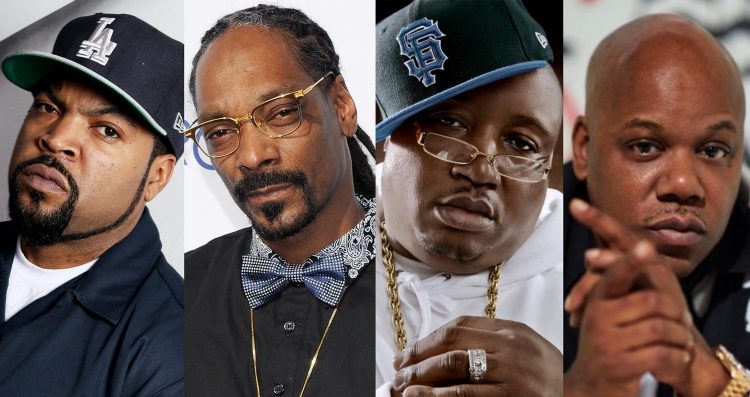 If you haven’t yet heard about Snoop Dogg, Ice Cube, Too Short and E-40 recording a supergroup album, don’t worry, you haven’t been living under a rock. The news just hasn’t made it to enough circles for some reason.

The development was first revealed by Too Short in an interview on the Serch Says podcast in December. “So I get a call during the early part of the quarantine from E-40 and Ice Cube going, ‘Man, we feel like we should do an album. Me, you, it’s E-40, Cube, Too $hort and Snoop Dogg. And I’m like… E-40 and Too Short are from the Bay, Snoop Dogg and Cube are from L.A. and we are like the West Coast foundation.’ We sat there and was like, ‘F*ck it, let’s do it.’ So, we start coming up with beats,” the Bay Area legend says.

Now in another interview with HipHopDX, E-40 and Too Short speak a little more detail about the project, revealing that Dr. Dre is the only guest appearance on the album so far. “Dre is on there, man,” Too Short said. “He’s on there. Snoop got him on there. Dre is on there. That’s Snoop’s guy. That’s Ice Cube’s guy. They shot a big movie together. He’s on there. Ain’t no doubt about it. You don’t even got to ask him.”

E-40 confirmed: “Definitely on there. Shout out to Dr. Dre. Yeah, already did his part. It’s already certified. He’s on the project.”

Short said they have been critical of each other’s work and avoided being yes-men so that the best quality comes out of the music they are creating together.

“I’m going to tell you one thing, one beautiful thing about the process is that early on we all acknowledge that in the studio, we are supreme alphas,” he said. “We’ve always been that way, but on this project, we gave each other the authority to criticize, critique, veto, make suggestions, and just everything is like hands-down, I trust what you saying. It literally has been said, ‘Bro, that verse you spit yesterday was wack,’ and then bro go back and redo that verse, and like, ‘You came with it this time.’ It’s that kind of hold me up kind of situation.”

It looks like Dre is back active again following release from hospital last month after suffering brain aneurysm and getting treated in the ICU. A new snippet surfaced two days ago where he is heard rapping about that and his messy divorce on a song with KXNG Crooked.