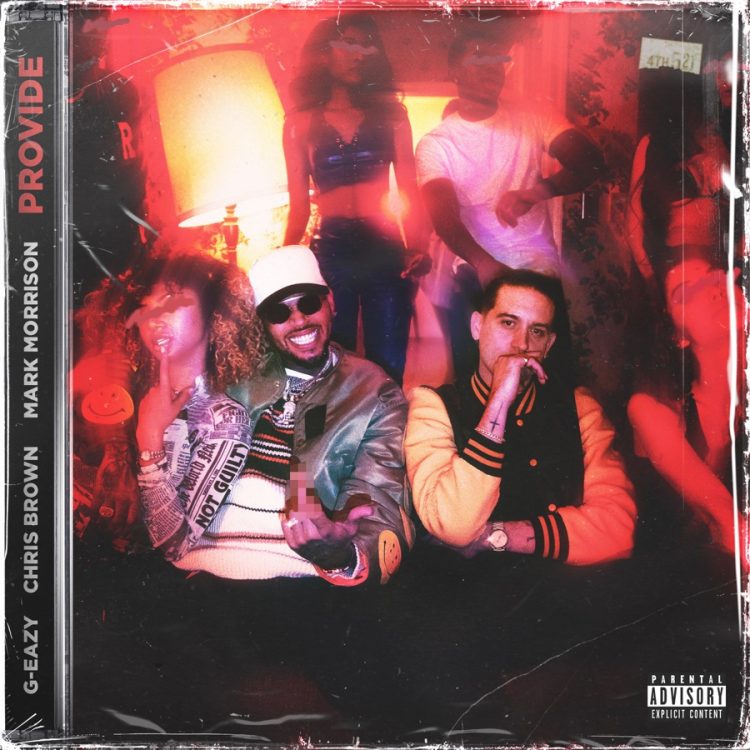 G-Eazy has been trying to get his new album off the ground but the last couple of singles haven’t worked in his favor.

Now after a short hiatus, the Bay Area rapper is giving it another shot with his new single ‘Provide’ where he is assisted by hitmaker Chris Brown. The duo initially announced the collaboration earlier this week, revealing later through a teaser that Mark Morrison’s classic hit ‘Return of The Mack‘ was sampled on it.

The song is here today (the music video is coming either later tonight or tomorrow). Producer Hitmaka retained most parts of the original instrumental on this rendition. G-Eazy and Chris have previously collaborated on songs like ‘Wobble Up‘ and ‘Drifting‘ while ‘Provide’ is set to appear on Eazy’s forthcoming new album These Things Happen Too, a sequel to his 2014 debut album These Things Happen.

Listen to/preview the song below.