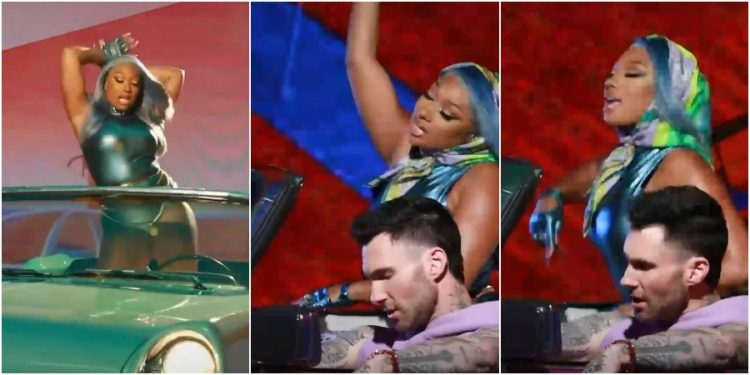 It’s time for Megan Thee Stallion to take over the Pop world.

Maroon 5 have been teasing the release of their new music for the past few weeks. Today, they make the official announcement that they will be dropping their brand new single ‘Beautiful Memories’ with Megan Thee Stallion on March 3rd to kick off the new era. This marks the first collaboration between the two acts.

Adam Levine also took to TikTok to preview the new song with behind the scenes footage from the video shoot so it looks like the music video will also release on the same day. Listen to the snippet above.

Maroon 5 had huge success the last time they partnered with a female rapper. Megan’s “WAP” collaborator Cardi B was featured on their ‘Girls Like You‘ single in 2018 which spent seven weeks at No. 1 on the Billboard Hot 100. Can they repeat the story?