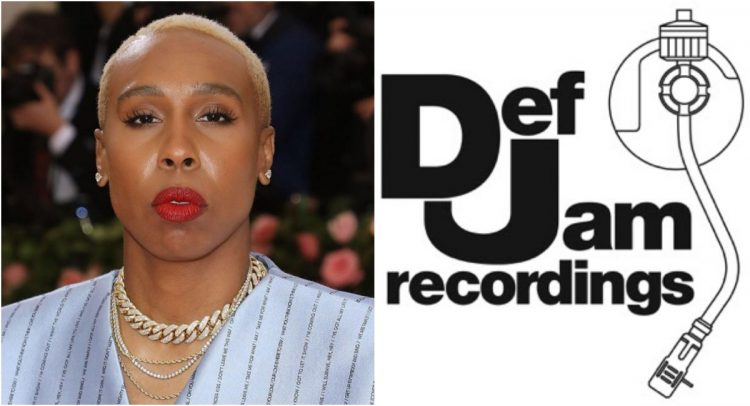 Def Jam Recordings has announced today (March 10) that it is entering into an exclusive joint venture partnership with Lena Waithe to launch Hillman Grad Records.

The announcement was made by the Emmy Award winning writer, creator, producer and actor, and Jeff Harles­ton, Interim CEO of Def Jam Recordings. Hillman Grad Records say they intend to develop artists and make them ready for long term success. “By leveraging opportunities across music, TV & film, our goal is to capitalize on the cultural significance generated when these worlds meaningfully intersect,” says the press release.

“Music and storytelling have always gone hand in hand. And I think that’s because musicians are the storytellers we love the most,” said Lena Waithe. “They can take complex emotions and simplify it in four minutes, the same artist can sing about the revolution and falling in love. Music is a part of us. It’s so often connected to our fondest and sometimes our darkest memories. Musicians tell our story. At Hillman Grad Productions we believe in identifying and amplifying new talent, and we want to continue to do that in the music industry. Jeff Harleston and his phenomenal team at Def Jam have given us their trust and their resources to help develop artists that not only have potential, but staying power. We look forward to the journey ahead.”

“Lena Waithe has established herself as one of the most artistically and commercially successful creators and storytellers at work today,” said Jeff Harles­ton. “Lena has a profound understanding of and appreciation for music. After making her mark on television as an actor and writer, then smoothly shifting gears into her role as a film producer and CEO, it follows that she would now spread her wings at the helm of this exciting new record label. Def Jam is the perfect partner for Lena Waithe’s new Hillman Grad venture, and we look forward to bringing her musical vision to life.”