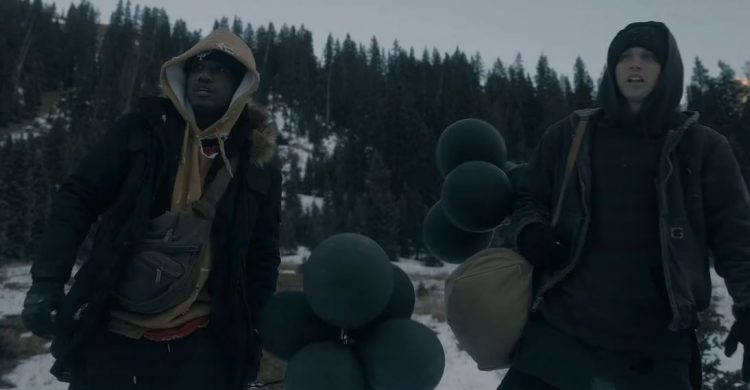 NF is set to release his new project Clouds The Mixtape on March 26th featuring the single ‘CLOUDS‘ that he dropped earlier this month.

The Michigan rapper returns today with the follow up called ‘LOST’ where he has company of Hopsin. The two rappers have been compared by fans in the past as they have a similar style of delivery. The video for the new track is shot in the cold Colorado mountains and directed by NF himself.

Watch it below. “Yes, if you’re an artist, it’s a weird job to have because you can be forgotten in a year. You know what I mean? You can get fired from any job. I’m not saying that, but I’m just saying, I do feel like artists, you just have this clock that you can always hear ticking in the bag in the background. You know what I mean?” he told Zane Lowe about making music these days.