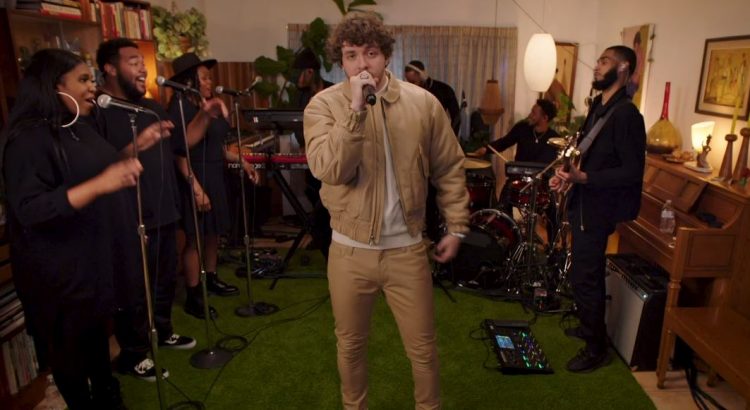 Surrounded by vintage furniture in a home-like space, the Louisville, Kentucky rapper performs for the first time with such heavy support from a live band. “It’s been a long time since I had a chance to perform and I’ve never done it like this,” he says.

Jack performs several fan favorite cuts like ‘Rendezvous’, ’21C / Delta’, ‘Funny Seeing You Here’, ‘Same Guy’, ‘Creme/ONCE MAY COMES and of course the hit ‘Whats Poppin’ that appeared on his debut album Thats What They All Say. Watch his solid set below. Watch the previous Tiny Desk concerts featuring 2 Chainz and Rick Ross.