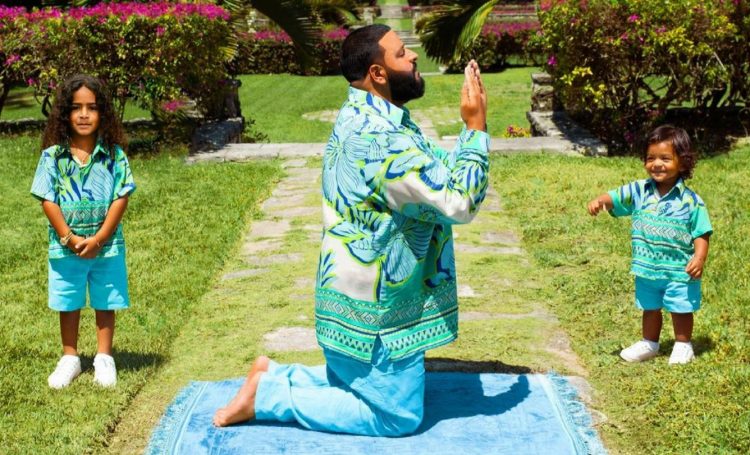 UPDATE: The album is now out everywhere. Stream it below. Khaled also added a last minute song with Cardi B so this makes the deal even sweeter.

DJ Khaled surprised fans on Tuesday by announcing that he is releasing his new album Khaled Khaled on Friday, April 30th.

The celebrated DJ has a history of putting out multiple big singles before he unveils the album but since the last one, he has switched up a bit. Like what he did with Father of Asahd, Khaled is releasing his 12th album without a lead single in current rotation and with hardly any notice.

Khaled has had success with his two recent singles with Drake, ‘Popstar’ and ‘Greece’ but they came out back in July. Before the album arrives in two days, Khaled is unveiling the official tracklist today. It features a ton of stars: Jay-Z, Nas (both together), Migos, H.E.R., Lil Wayne, Justin Bieber, Justin Timberlake, 21 Savage, Post Malone, Megan Thee Stallion, DaBaby and more. Peep it below.

Earlier today, Khaled also uploaded footage of Kanye West paying him a visit to listen to some new music. He mentioned that ‘Ye brought some new tunes as well.

Update: Khaled has also released a trailer for the music video for track #9, ‘Sorry Not Sorry’ with Jay, Nas and James Fauntleroy.