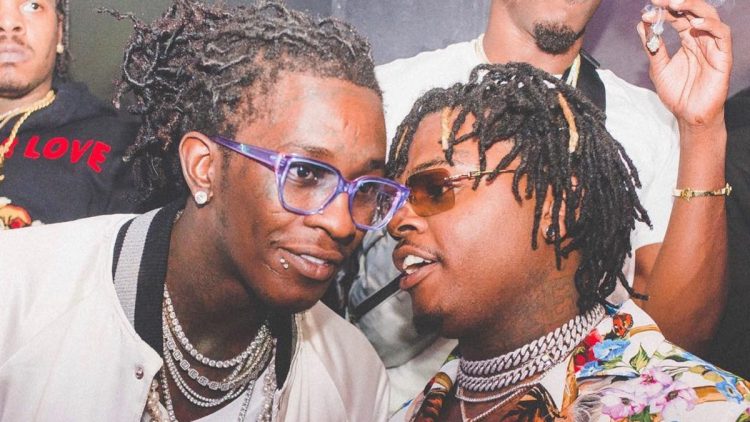 Young Thug and Gunna used their influence and money for a good cause over the weekend.

The two Atlanta rappers posted bonds for 30 inmates at the Fulton County Jail, resulting in their reunion with their families. The rappers said most of the men and women were being held on minor offenses but couldn’t get out because they didn’t have enough money.

“This is where we are from. We just woke up and went to the jail with the lawyer and you know DA’s and the prosecutors, you know, the bonding companies and just got as many people as we can out,” said Thug. They didn’t disclose how much money they spent in total. “If they did the crime, then they can do the time, then it’s all right. But it’s like you’re giving them a bond higher than what they stole,” he said.

“You never know what somebody been through. There was people sitting out three or four years and couldn’t get out on a bond,” Added Gunna. Some footage of the inmates reuniting with their families will be featured in an upcoming music video from the YSL label who recently put out their new compilation album, Slime Language 2. It’s set to debut at #1 on the Billboard 200 this week.

The rappers told WSB-TV that they plan to do this kind gesture again in the future.