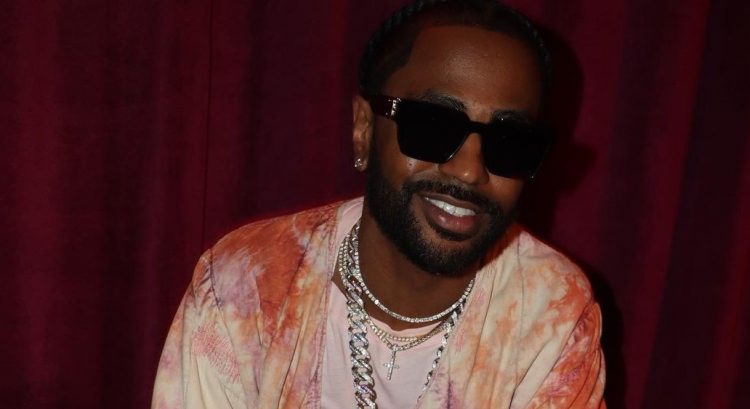 As we reported last month, Big Sean partnered with his mother, Myra Anderson to launch a wellness video series presented by their non-profit, the Sean Anderson Foundation.

Beginning May 1st, a new video was released every Saturday during the month of May at 12pm EST/9am PST to commemorate Mental Health Awareness Month. In each 10-15 minutes long episode, the son and mother would hold candid conversations about mindset, sleep/circadian rhythms, meditation, diet/exercise and the emotional freedom technique (EFT).

Sean recently had a chat with Ebro on Apple Music about the series and the importance of mental health. “I’ve been doing that with my mom. It was actually her idea because she been with me throughout the whole pandemic at my crib, and she sees the stuff that I have applied to my everyday life that helps me get through and helps me stay productive, stay inspired, stay active,” the rapper said. “Some of the stuff she’s taught me, some of the stuff I’ve learned on my own. But she was just like “Yo you gotta put people onto this, you gotta use your platform for not just music and all of that. She kept bugging me about it, it just made me be like… let’s just do it. Might as well just put the information out there for the people that can use it,” he continued.

He also propagated the idea that mental health should be taught in schools “It’s really just health, bro. It really needs to be just like how they teach us about STDs and sex in health class, they need to make sure they teach us about how to deal with anxiety or how to breathe properly and all of that. It all should be together, because it’s all connected. It’s not like the head is separate from anything, it’s all together.”

The Detroit emcee touched a little upon his new music too, revealing that he’s got going to take a long break like he did last time around before putting out Detroit 2. “I ain’t the same as I was when I was 21 and 22 putting out my first album. It’s a whole decade later, so if you stay the same and you ain’t changed, you ain’t grown, and that’s just kind of weird,” he said.

Sean said he’s got new music on the way and he’s still going to have the bars but it will have a “different level of consciousness” to it. “I embraced the growth and all of that, but I also don’t want people to get it f***ed up that I really can, that the bars are still 100% there. I don’t want people playing with my name for sure. From 2017 to 2020 I was doing a lot of stuff for myself so my last album was me getting back into my groove. I don’t think I need a longer break like that anymore. I’m gonna keep going with the music and like I said we have some new music on the way now. But it’s a different level of just… consciousness to it, that’s all.”