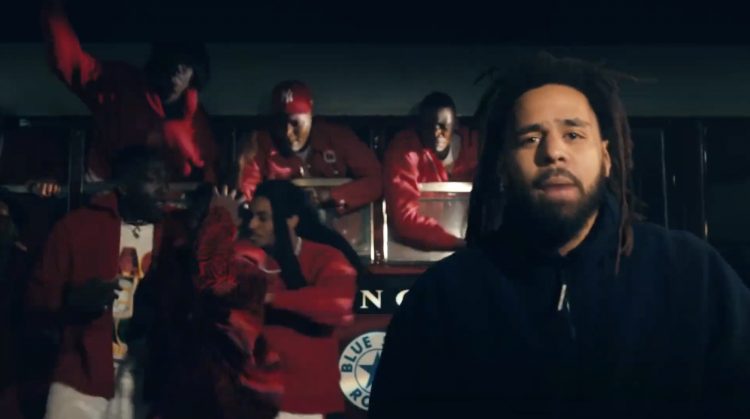 This past Friday, J. Cole dropped off his new album The Off-Season which some fans are arguing is his best work. It’s all set to debut at #1 on the charts this week. You can stream it here.

Woah. I’m here changing my son diaper and this pops up. Crazy man, I’m a save this tweet for him for when he gets older tell him he was #1 on the charts. Much love to my brother Cole for real for real, this different. https://t.co/CwBepVThT6

This afternoon, Cole continues an incredible little run with the release of the ‘a m a r i’ video. It’s the second track off the album and is a fan favourite, featuring production from Cole, Sucuki, T-Minus and Timbaland. Fans were confused about what the name was in reference to, but Dreamville President Ib seemed to reveal that it’s named after his son on social media a few days ago, in the tweet which you can see above.

Check out the video below. Directed by King Mez.