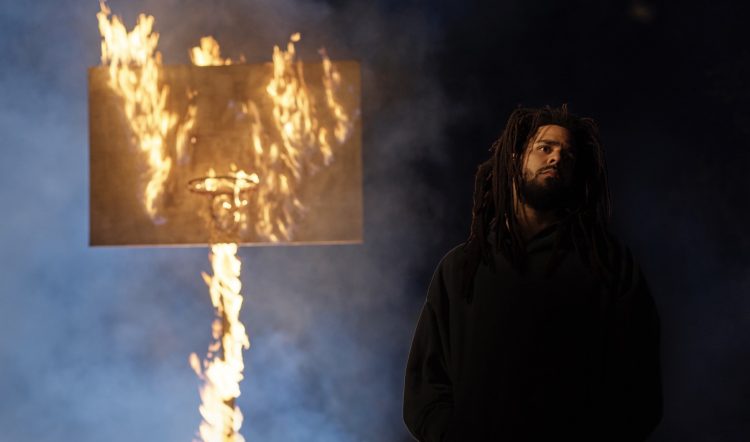 The journey to The Off-Season has been a unique one. It was announced in the video for the ‘Album Of The Year‘ freestyle on which Cole rapped over Nas’ ‘Oochie Wally’, which made us believe it was a mixtape.

Then, when he went on his feature run (which included guest verses for Ty Dolla Sign, J.I.D., 6LACK and more), people assumed that The Off-Season was just a way to describe his guest appearances. But when he took to Instagram to reveal what was left in The Fall Off era, we knew it was still on the table.

The promo that’s taken place this week for the album has been fun. On Monday, we got the Applying Pressure: The Off-Season documentary that was an interesting look into Cole’s mentality in making the LP. On Tuesday we got the SLAM cover story.

Yesterday, Cole went to the L.A. Leakers for the first time since 2009 to drop a couple of crazy verses. It’s been a fun ride, but now the album is finally dropping at midnight. Before it arrives on al DSPs, Cole has shared the official tracklist.

Along with the tracklist, he has also revealed the list of producers helping him which includes Boi-1da, Timbaland, T-Minus, Jake One, Frank Dukes, DJ Dahi and more. Take a look below.

UPDATE: The album is here. Stream it below. You can peep the full production credits here.